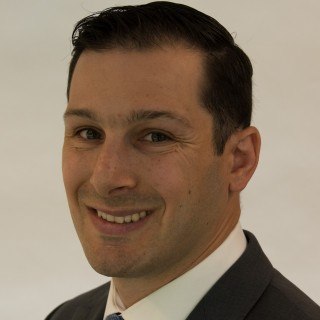 Steven Goldman is a Partner at the Law Offices of Curran Moher Weis, P.C., one of the premier family law firms in Northern Virginia and Washington D.C.

Collaborative law and Mediation have become vital tools for Mr. Goldman as more and more clients have been drawn to methods of practice that keep families out of Court (generally referred to as Alternative Dispute Resolution). As he puts it, most clients don’t define “success” by winning at trial, but rather by accomplishing the following objectives: 1) making the process quicker and more efficient; 2) gaining control over their case instead of leaving it in the hands of a Judge; and 3) lessening the hostility between the parties so that the family can continue to manage its affairs in an amicable fashion. If practiced effectively, it can also have the added benefit of saving families tens of thousands of dollars that would otherwise be spent in litigation.

How a Collaborative Divorce Can Save You Thousands
Curran Moher Weis, P.C.
December 1, 2017

3 Strategies to Keep Your Divorce Out of Court
Curran Moher Weis, P.C.
January 19, 2017

A million American couples get divorced every year. What happens to the millions of children stuck in the middle of a judicial system that makes one party a parent and the other a visitor? Courts give custodial rights to mothers year after year, only one in six fathers becoming the custodial parent. RT America’s Manila Chan explores unequal custody laws. She talks to family law attorney Steve Goldman and to Dr. Ned Holstein, public health consultant and founder of the National Parents Organization. We’ll also hear from psychiatrist Dr. Mark R Banschick, author of ‘The Intelligent Divorce.’

Q. Can a mother file for child support from the father when both parties only have joint temporary custody?
January 18, 2018
A: In a word, yes. While the Court may deviate from the standard support guidelines if the parents and the children are all living under one roof, it is still an issue that the Court will determine.

Q. Father wants to stop paying bills, he is the sole provider, can he legally just stop paying?
January 18, 2018
A: While there is nothing currently stopping the Father from taking these actions, the Court can act on this and require the Father to pay the bills or pay the Mother support. This is what is referred to as a pendente lite order (pending the litigation). This stays in place throughout the duration of divorce proceedings until there is a final resolution of the matter. A pendente lite motion can often be heard by a Court in a week (and certainly before there is any effect from the non-payment of the mortgage).

Q. I received a letter from the judge stating "the court cannot enter the final decree of divorce 20-91?
January 18, 2018
A: There could be many reasons why a court did not enter a final decree of divorce. Section 20-91 of the Virginia Code references the acceptable grounds for divorce in Virginia. It is possible that the requisite grounds for divorce have not been met. The most common occurrence for this is when a divorce is based upon a separation, but the length of the separation does not meet the state's requirements (1 year, or 6 months if there are no children and the parties signed an agreement). Again, there could be other reasons, which is why it would be helpful to consult an attorney regarding the filing of these documents.