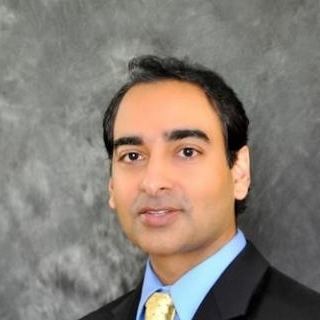 Mr. Ahmed is a Partner with NeJame Law and the Senior Attorney and Litigator for the Firm's Immigration Division. Mr. Ahmed has approximately a decade of experience in handling virtually every type of immigration case.
He has litigated hundreds of cases and appeared before dozens of Immigration Judges where he has successfully represented multiple individuals and businesses in a wide variety of matters. His works have been noted and cited in press releases by human rights and civil liberties organizations, including Amnesty International and Solidarity U.S.A. Mr. Ahmed is admitted to practice in the United States District Court for the Southern District of Florida and the Middle District of Florida. He practices Immigration Law throughout the entire United States and is able to appear in any Immigration Court within the United States. He is a member of the American Immigration Lawyers Association and is also active in a multitude of immigration, civic and political organizations.

Shahzad Ahmed served as an Assistant Editor for various journals and publications, including the International Law Journal. To further his experience and knowledge of Immigration and International Law, Mr. Ahmed also participated in and completed a comprehensive Law Studies program in Shimla, India.

Board Certified in Immigration and Nationality Law
The Florida Bar, Board of Legal Specialization & Education
2013
Mr. Ahmed is one of only 70 Board Certified Immigraiton Lawyers in the state of Florida. Mr. Ahmed has been recognized as an expert in immigration law.

Immigration Under Trump: Part 4 -How to handle the Travel Ban after the Supreme Court ruling
NeJame Law
July 11, 2018

The Art of Presenting your EB-5 Petition
NeJame Law
February 5, 2018

Immigration Under Trump: Part 1: -Extreme Vetting: What it means and what you can do
NeJame Law
November 29, 2017

The Executive Orders and your Deportation Defense
NeJame Law
March 15, 2017

Muslims must better protect Hajj pilgrims: From The Community
The Orlando Sentinel
October 23, 2015

Taking the Hate Out of Immigration
NeJame Law
August 30, 2015

Asylum -- For Those Who Migrate in the Cause of God
NeJame Law
July, 2015

Your L-1 Visa Petition: Preventing and Surviving the Request For Evidence (or Notice of Intent to Deny)
NeJame Law
May, 2013

Are We Serious this Time .. . ?! Whether Immigration Reform is truly possible
Immigration Counselors
November, 2012

What is SB 1070; Why is it Understandable, yet Wrong; and What is the Solution
NeJame Law
October, 2012

Deferred Action for Childhood Arrivals: What Notaries Do Not Know!
NeJame Law
August, 2012

Keeping the DREAM Alive: A Glimmer of Hope for the Undocumented Youth!
NeJame Law
June, 2012

The L-1 Visa: Transferring from your foreign business to a U.S. Office
NeJame Law
February, 2011

Planning your Trip to the Caribbean
NeJame Law
November, 2010

Amnesty: Are We There Yet?
NeJame Law
February, 2010