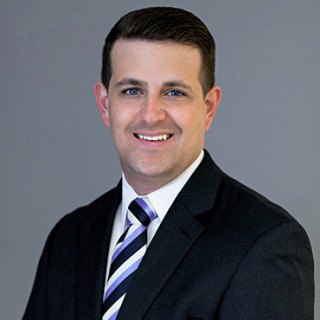 “If we do not maintain justice, justice will not maintain us,” Francis Bacon
Badges
Claimed Lawyer ProfileSocial Media
Biography

“If we do not maintain justice, justice will not maintain us,” Francis Bacon. To seek out and maintain justice is Russ Haugen’s goal as an attorney. Mr. Haugen attended Illinois State University and graduated with a bachelor’s degree in criminal justice. Throughout his undergraduate degree, Mr. Haugen was a paralegal for Woodruff & Johnson. As a paralegal, he was able to learn a great deal about the many intricacies of both Workers’ Compensation and Personal Injury law and was further convinced that he needed to pursue a law degree in order to help his clients to the utmost. Mr. Haugen attended Thomas M. Cooley Law School in Lansing, Michigan. There, he was a volunteer for the Lansing Teen Court working as a youth advocate for teenagers who had found themselves in the legal system for the first time. He was also an active member of the Mock Trial Team in which he competed in a Mock Trial Competition where he was ranked as a top 10 litigator out of hundreds of competitors. While working for Woodruff & Johnson as an extern, he wrote several successful appellate-level briefs. He graduated from law school with a Litigation concentration. Mr. Haugen is happy to have returned to Illinois and to be working at Woodruff Johnson and Evans, as an associate attorney. He is passionate about serving people who have been injured, working aggressively to help them obtain their legally entitled benefits under the laws of Illinois. When not working, Mr. Haugen enjoys golfing, watching and playing basketball, and spending time with his family.