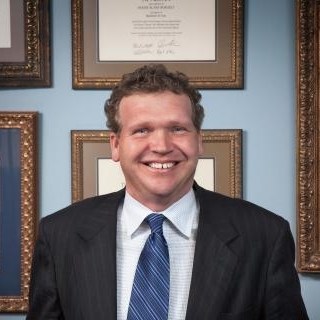 Roger B. Borgelt is a highly regarded Austin lawyer with 24 years' experience in the practice of environmental, energy, administrative, utility and professional licensure law. He represents individuals, landowners, suburban areas, businesses, political subdivisions and institutions before state and federal regulatory agencies, the courts, local governments and the Texas Legislature with consistently favorable results.

Mr. Borgelt is listed in Best Lawyers in America 2013 and 2014 and Texas' Best Lawyers. His firm, Borgelt Law, is ranked by U.S. News -- Best Lawyers as a Tier 2 Best Law Firm in the Government Relations Practice Area for its work in the regulatory area. He is licensed to practice law in Texas and before the U.S. District Court, Western District of Texas.

Prior to establishing Borgelt Law in Austin's thriving economic climate in June 2010, he held senior positions in Texas government and excelled in private practice as partner at a major regional litigation firm with deep roots in the Central Texas business, political, civic and legal community. As Deputy Chief, Consumer Protection Division, Office of the Attorney General, he defended consumer interests in the area of deceptive trade and represented large public entities, including Texas A&M University and The UT System, in major gas and electric utilities matters which resulted in millions of dollars of tax savings annually for these institutions and the citizens of Texas.

As Assistant Attorney General, he appeared frequently before the Public Utility Commission, Railroad Commission and Federal Communications Commission in both rule-makings and contested case hearings and appeals, often winning favorable rulings in the courts which furthered the Texas public interest and business climate.

He attended UT as a National Merit Scholar and began his law practice as a law clerk at the Railroad Commission before becoming a national authority in pesticide law as general counsel of a small state environmental agency.

We offer pre-eminent legal ability and highest ethical standards in serving the needs of our valued Clients. Your legal issue is important to us whether it can best be resolved with a phone call or letter or through a more protracted process involving skilled and artful negotiations, hearings and/or appeals in the courts or agencies of state, local or federal government.

We welcome hearing from you at Borgelt Law if you need experienced representation and cost effective results: 512/600-3467 or 512/870-7533.
Website: www.borgeltlaw.com

The University of Texas School of Law
Doctor of Jurisprudence/Juris Doctor (J.D.)
1988