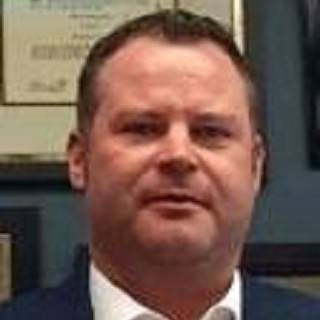 Rob began his legal career during Law School while working in the King County Prosecutor's Office for Victim Assistance. Since graduating from the Seattle University School of Law, he has specialized in the defense of those accused of criminal charges. Prior to practicing with Veitch Ault & Associates, Rob worked at the Association of Attorneys for the Accused, providing representation for all types of criminal charges. Rob then entered private practice where his primary focus has been defending those accused of DUI and other serious traffic offenses.

Rob's status as one of the premier DUI defense lawyers in the state includes being selected as a 2016 Washington State Super Lawyer in DUI Defense. Further, Mr. Ault has been repeatedly recognized as a Super Lawyer Rising Star (2011, 2012, 2014, 2015). Such distinction is only given to 2.5% of attorneys in the State. Rob has received specialized training in many subjects relating to DUI, including DUI Drug Recognition Investigation. He is also qualified under National Highway Traffic Safety Administration (NHTSA) standards to administer roadside Field Sobriety Tests and is one of only a limited number of Washington State DUI Defense attorneys who have successfully completed the NHTSA Advanced Roadside Impairment Driving Enforcement (ARIDE) course. Further, Rob is a graduate of the National College of DUI Defense's Summer Session held at Harvard Law School. Rob appears regularly in superior, district and municipal courts throughout Puget Sound where he is known as an aggressive and skilled advocate. His vast experience, tireless work ethic, and attention to detail in each and every one of his cases routinely results in favorable resolutions for his clients.

A long time resident of King County, Rob grew up in Bellevue and graduated from the University of Washington with a degree in Speech Communication before spending a year with the Corporation for National Service (Americorps). Rob currently lives in Seattle wit