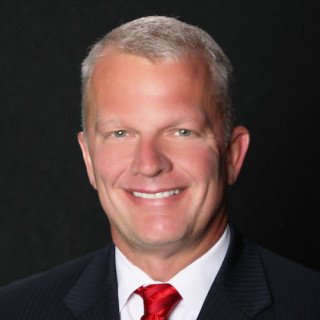 Rick Davis graduated from Texas A&M University class of ‘85 where he received a Bachelor of Science Degree in Mechanical Engineering. While at Texas A&M University, he was a member of the Fight'n Texas Aggie Corps of Cadets and, upon graduation, was commissioned a Second Lieutenant in the United States Army. After becoming a qualified Infantry Officer, he served for ten years in the 49th Armored Division of the Texas Army National Guard as a qualified Armor Officer. Rick made Company Commander of an M-1 Tank Company while still a 1st Lieutenant.

While serving in the Texas Army National Guard, raising a family and working at NASA, Rick attended the University of Houston - Bates Law Center. He sat for the Bar exam early, and while still in law school, received both his law degree and law license in May 1992. Upon becoming licensed to practice law, he initially practiced with a prominent Bryan law firm. He then started his own law practice in 1995 and quickly established himself as an aggressive and strategic lawyer.

In 1998, he ran for and was elected Judge of Brazos County Court at Law No. 2. With the encouragement of several lawyers who appreciated his hard work on the Bench. He ran for and was elected Judge of the 272nd District Court in 2000, and was re-elected to that post in 2004. As a Judge, he was known as a positive judicial force with high energy and wise decision-making ability. Rick ranked highest among the District Judges in the 2006 Brazos County Bar Association poll, the last poll conducted before he left the bench to return to private practice.

College of the State Bar of Texas
Member
Current

Guest Speaker, Texas A&M University
February 19, 2020
Texas A&M Pre-Law Society
I spoke about my journey through law school and my life as a litigator.

COVID-19: Have you considered... Your children's wellbeing? Who will care for your parents? Where does your stuff go? Who makes decisions on your behalf?

Q. how to get illegal surveillance out of home
May 4, 2022
A: Yes, a person can sue another for such conduct under Texas Civil Practice & Remedies Code Section 98B.002

Q. Asked to see the breakdown costs of the settlement, but they said I must sign and receive the check first is this true?
February 9, 2022
A: That is not true. You should be permitted to see everything in your file at any time.

Q. I was recently involved in an auto accident, I was hit by someone who ran a red light, then a few seconds later I was ht
October 11, 2021
A: You need to call your own automobile liability insurance carrier. They will provide a defense for you. After you do that, you can hire a plaintiff's lawyer to assert your claims for you.