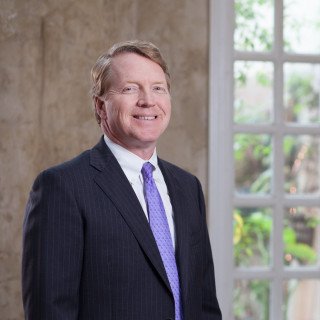 Richard is an experienced and skilled attorney working in the Charlottesville, Virginia office of Allen & Allen. He has dedicated his career to fighting for justice for his clients, guided by a singular philosophy: the case belongs to the client. Richard focuses on a variety of personal injury matters, including wrongful death, automobile and tractor trailer accidents, and accidents involving drunk drivers.
After receiving his law degree from the University of Virginia, Richard worked as a public defender in New York City for 13 years. He returned to Virginia in 2000 and continues to litigate cases in the Commonwealth.
Richard is AV Preeminent rated by Martindale Hubbell, the highest rating available. He is a member of the Million Dollar Advocates Forum, an honor reserved for attorneys who have achieved trial verdicts of $1 million or more. He has been honored by the Virginia Trial Lawyers Association for work on friend of the court briefs to the Supreme Court of Virginia. He has presented at various seminars and has published several articles in the Journal of the Virginia Trial Lawyers Association.
Richard is very involved in the Charlottesville community. He serves on the board of the Albemarle County Service Authority. Richard is also an acting board member for the Jefferson Swim League and Madison House and has served as President for both organizations.
Richard is married and has two children. His wife, Andrea, is also an attorney and works for UVA as the Director of Virginia Status. Richard has traveled extensively and has visited several countries including Vietnam, Bali, Turkey, Nicaragua, and Cuba. In his spare time, he can be found swimming, biking, traveling, and dining out with his wife.
Experience
• Trial Attorney, Allen, Allen, Allen & Allen (2017-Present )
• Attorney, Lenhart Pettit (2008-2017)
• Attorney, Richmond and Fishburne (2004-2008)
• Attorney, Wyatt & Armstrong (2001-2004)

The Myth of the Charitable Physician
VTLA Journal
2006