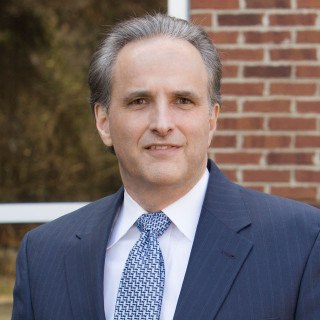 With the waxing and waning economy over the years, Richard has honed his experience in each economic climate. When the economy is down, he has represented lenders in more commercial special asset work, including collection, work out, collateral liquidation, and bankruptcy. When the economy is up, Richard spends more of his time handling commercial loan closings, from large residential development tracts to commercial office and trade buildings, as well as various forms of personal property collateral. Richard’s wealth of experience with special asset work has taught him the importance of proper loan documentation to protect a lender’s interests. His experience in this area includes assisting several lenders in the writing of their entire loan document package.

In addition to being licensed in Virginia, Richard has also had a North Carolina license for almost twenty years as well. He has appeared in both Federal and State courts there and has handled commercial loan closings on the Outer Banks and other North Carolina locales. Having both Virginia and North Carolina licenses has aided his clients in a variety of ways, such as allowing collection from debtors seeking to hide assets in North Carolina or enabling lenders and business owners to expand their presence from Virginia into North Carolina.