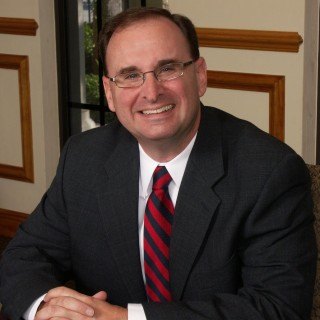 Mr. Bonamo received his Juris Doctor degree from Stetson University College of law in St. Petersburg, Florida in 1995. While in law school, Mr. Bonamo was extensively involved in Stetson’s trial practice and clinic programs. Prior to attending Stetson University, he received his Bachelor of Arts degree, with honors, from the University of Florida in 1992. Due to Mr. Bonamo’s academic achievement while at the University of Florida he was selected for membership in Phi Beta Kappa national academic honor society. He has been selected as an "Advisor" for the Florida Bar's Lawyers Advising Lawyers Program (LAL).
Prior to joining Rice Law, Mr. Bonamo was a federal prosecutor for the United States Attorney’s Office, Middle District of Florida. He also worked as a state prosecutor, serving eight and one half years as an Assistant State Attorney for the State Attorney’s Office, Seventh Judicial Circuit. During his tenure with the State Attorney’s Office, Mr. Bonamo handled and tried all types of criminal matters, including homicides, career criminal prosecution and complex white-collar/fraud cases. He served as a Supervising Attorney in the Felony Trial Division for several years. While a state prosecutor, he was also an Adjunct Professor at Daytona Beach Community College teaching in the areas of criminal and constitutional law.
Mr. Bonamo is Board Certified as a Criminal Trial Lawyer by the Florida Bar. Mr. Bonamo is trained in Collaborative Law for Marital and Family Law cases. Mr. Bonamo is a member of The Collaborative Family Group of Central Florida and also a member of the Florida Association of Collaborative Professionals. He is admitted to practice in all Florida courts and in 2000 was admitted to the United States District Court, Middle District of Florida. He has obtained membership to practice before the Eleventh Circuit Court of Appeals, seated in Atlanta, Georgia. He is also a member of the Florida Association of Criminal Defense Lawyers.

Blog
No Driver’s License, No Problem?

Blog
Stand Your Ground In Court

Blog
Should I Take A Polygraph Test?

Blog
What Is A Diversion And Am I Eligible

Blog
Domestic Violence Charges: Can They Be Dropped?

Blog
The Penalties of Forgery in Florida