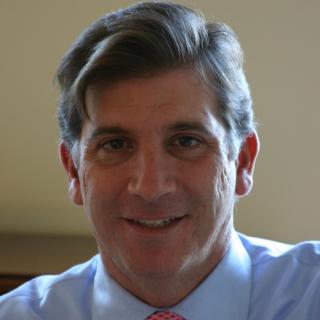 Paul D’Emilia is a New York City based attorney specializing in the fields of international law, criminal defense, estate matters, business consulting, real estate, private investigations and general counsel work. His client base also includes numerous overseas companies and foreign individuals that have various business and personal legal matters pending in the U.S. Mr. D’Emilia is a co-founder of a law practice in Europe that specializes in US expatriate issues. Prior to his recent return to private practice Mr. D’Emilia worked for Governor Andrew Cuomo as the New York State Inspector General responsible for the investigation of fraud and corruption for the NYS Workers’ Compensation Board. Mr. D’Emilia had been an Assistant District Attorney in the Kings County District Attorney’s Office (Brooklyn, N.Y.) since 1991. His prior legal experience included a civil litigation firm based in Manhattan and the Organized Crime Strike Force of the United States Attorney’s office in the Eastern District of New York. He also worked for the United States Department of Justice as the Resident Legal Advisor to the United States Embassy in Albania. While serving under District Attorney Charles Hynes, Mr. D’Emilia rose to Bureau Chief and Counsel to the Trial Division. An accomplished trial attorney, he has tried approximately 40 felony cases as well as conducting numerous Homicide trials and investigations. During his tenure with the Justice Department, Mr. D’Emilia cultivated extensive working relationships with numerous foreign government agencies and officials. Of particular note was his work with his European counterparts in the Foreign Ministry, Diplomatic Corps, Intelligence Division and Judiciary. In January 2000, Mr. D’Emilia was selected by the United States Department of Justice to be the Resident Legal Advisor to the U.S. Embassy in Albania. He was the primary advisor to the U.S. Ambassador on all criminal justice matters.

We take pride in treating all of our clients like our own family and will work tirelessly to secure favorable outcomes for you. Our past experience as prosecutors gives us an advantage because we understand both sides of the case. We defend those accused of any type of crime, state or federal, in New York and the United States.

Choosing the right lawyer is extremely important because it is a lasting relationship between client and attorney. Both parties need to fully trust each other in order to work together and achieve a favorable result. At D’Emilia Law we strive to make sure that your charge is not a life-damaging event.

With over 40 years of combined legal experience, we have a vast knowledge of New York state's criminal laws. Our past experience as prosecutors gives us an advantageous understanding of how to craft strong defense cases!