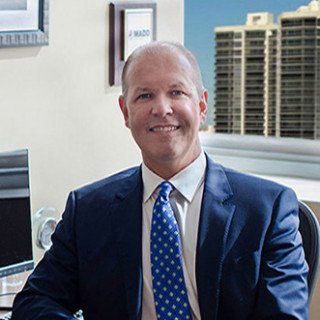 Patrick Trese graduated from Michigan State University (B.A.) and the University of Detroit Mercy (M.A. and J.D.). Mr. Trese served as a law clerk for District Court of Appeals Judge Pat M. Donofrio in Mt. Clemens, Michigan. He began his career in Michigan working in the Michigan Attorney General’s Office. Mr. Trese gained experience as a prosecutor working in both the Wayne County, Michigan, and the Oakland County, Michigan, Prosecutor’s Offices.

Mr. Trese has lectured throughout the State of Florida about an array of DUI topics including: The Uniform Material Witness Act and DUI, the “Source Code” and DUI, and legal challenges to the admissibility of breath, blood and urine test results. Mr. Trese received the Prosecution of Distinction Award from Mothers Against Drunk Driving in 2009

In April 2010, he left the Miami-Dade State Attorney’s Office to start a new law practice which focusses on criminal defense. With over 100 trials and countless hours of motion practice Mr. Trese is a seasoned trial lawyer that has a reputation for being a passionate advocate.

The League of Prosecutors
Member
Current