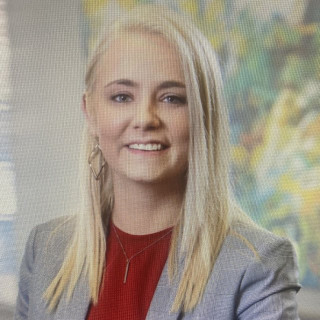 Paeten knew at a young age she wanted to be a lawyer so that she could help others. As a grade-schooler, she would attend law school classes with her Dad and would study with him after school each day in the library at the University of Missouri-Kansas City Law School. It was this early exposure to law and her desire to enter a profession where she felt like she could have a positive impact on people’s lives, that reinforced her desire to pursue a career in law.

Paeten pursued this dream at the University of Kansas School of Law graduating in 2019. Following graduation, she began her legal practice at a plaintiff’s firm in Kansas City focusing on the areas of personal injury, civil rights, and medical malpractice. Paeten assisted in two major jury trials, appeared for hearings in state and federal court, participated in local activism, and gained invaluable experience representing individuals who had been injured due to the negligence of others.

While at the University of Kansas School of Law, Paeten was an active student participating in women in law, the international law society, acted as the vice president of the student bar association, and KU’s traffic court. Paeten interned at the United States District Court of Kansas, The Tanzania Women Lawyer’s Association in Arusha, Tanzania, clerked for a plaintiff’s firm and then was awarded a humanities grant to travel to Tanzania to study health law and health care access for women.

Before attending Law School, Paeten received her social welfare degree from the University of Kansas. While at KU, Paeten studied Swahili and minored in African Studies. In 2013, Paeten was awarded a Fulbright Hays Scholarship that allowed her to travel to Tanzania where she spent time studying women’s rights and Swahili.

When Paeten is not working she enjoys spending time with her twin boys and her husband Evan.