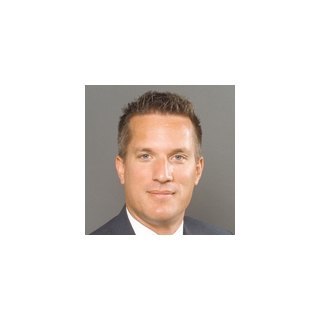 Since 1995, I have used my experience as the chief executive officer of a trade association and an elected official to assist corporations and public entities avoid litigation and prevail in complex disputes. I assist my clients by managing their risk and terminating commercial disputes through negotiation, mediation, arbitration or, if necessary, litigation. I'm also an experienced trial lawyer, having led or second-chaired more than 15 trials, with a 90% success rate. In addition, I defend professionals accused of negligence.

I've helped large corporations and other public entities such as cities and school districts achieve their business and organizational goals:

Defended a leading global engineering and design firm against claims of negligence arising from the design and construction of a water intake and transmission main for a Wisconsin municipality. Prevailed on 2007 summary judgment against co-defendant construction company, preventing trial on $2 million-plus claim in Winnebago County Circuit Court.

Defended a global restaurant chain (280+ locations worldwide) in Milwaukee County Circuit Court litigation arising from food-borne illness outbreak that made headlines in Milwaukee. Settled the majority of the eight-figure case before trial, leaving only the restaurant chain's cross-claims to be tried.

Defended regional HVAC equipment supplier against claims of negligence and breach of contract in Waukesha County Circuit Court. Obtained reversal of default judgment and pretrial judgment dismissing the majority of plaintiff's claims. In 2008, settled the action for less than its cost of defense.

In 2009, successfully defended of one of Wisconsin's leading worker's compensation attorneys against claims of professional negligence. Settled the $2+million suit prior to Dane County Circuit Court trial.

Second-chaired the Western District of Wisconsin federal court trial of a constitutional challenge to the State of Wisconsin's system of Medicaid administration. The 7th Circuit's appellate decision cleared the way for the client to attract new clients from throughout the United States, significantly increasing its revenue.

In 2009, second-chaired the successful Milwaukee County Circuit Court trial defense of a renowned trauma surgeon accused of negligence after a laparotomy sponge was left inside a patient following surgery.

In the Eastern District of Wisconsin, defended a regional warehousing and transportation logistics company against allegations that it induced a breach of fiduciary duty and interference with multiple contracts. During 2008 and 2009, conducted dozens of depositions of third-parties in this approximately $2 million case, establishing the basis for a summary judgment motion and related motion to recover six-figure costs and fees.

I'm a member of the Litigation and Real Estate Sections of the State Bar of Wisconsin. I also participate as a member of the Commercial Litigation and Professional Liability Committees of the Defense Resource Institute. I practice with Hinshaw & Culbertson, LLP, a 475-lawyer firm headquartered in Chicago, Illinois. Hinshaw's 23 offices in 15 states from Florida to Oregon offer comprehensive legal services, including intellectual property, business transactions, transportation, environmental, employment, fidelity and surety, white-collar crime, and products liability.

Executive and Governmental Experience
For three years, I served as the Chief Executive Officer of the Apartment Association of South Central Wisconsin, the second-largest such association in the state of Wisconsin. During my tenure, the Association grew to include three additional counties. Under my leadership, the Association successfully defeated multiple municipal, county, and state legislative efforts that would have harmed its members' businesses. For instance, one proposed ordinance would have mandated participation by all rental property owners in the federal government's Section 8 housing subsidy program.

I have extensive experience as an appointed and elected official in the State of Wisconsin. For example, Governor Tommy Thompson in 2000 appointed me to the Lead Paint Technical Advisory Committee, which was instrumental in crafting a lead paint law for Wisconsin. In 2006, I was appointed to the City of Muskego's Board of Review, where I served as vice-chairman. In 2007, I was elected to the City Council of Muskego, Wisconsin, and was three times elected to serve as the Council's representative on the Plan Commission, and appointed to chair the Public Works Committee in 2008. In April, 2009, I was re-elected to my second two-year term on the City Council of Muskego, Wisconsin, and was also elected President of the Council.