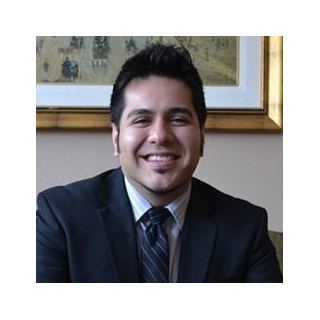 Attorney Nasir "Nas" Khan is the founder and Lead Attorney for the Khan Law Firm, Inc. Half Hispanic and half Middle Eastern, Attorney Khan was raised all over the United States as the son of a United States Air Force officer, an upbringing which has played an influential role in his decision to practice business, international, and immigration law. Education: After receiving a bachelor's degrees in Political Science and Classical Civilizations from UC Berkeley, Attorney Khan went on to earn a law degree from American University's Washington College of Law, where his legal studies focused on International Law, Human Rights, and Immigration. Languages Spoken: Attorney Khan is fluent in Spanish, and is conversant in Italian. A lover of languages, Attorney Khan is also ever improving his Arabic and Hebrew language skills. Areas of Legal Interest: Attorney Khan especially enjoys representing International clients, whether they need help with obtaining asylum, need defense from deportation, or wish to sue a foreign company or government. Personal Interests: In addition to owning a thriving law practice, Attorney Khan loves to travel and has visited Spain, France, Italy, Mexico, Japan, England, Scotland, the Netherlands, and Dubai. He also enjoys playing rugby, and is also the author of an upcoming cookbook on traditional Afghan cuisine. Attorney Khan is licensed to practice law in the State of California.

Q. married with a US citizen. What can i do to fix my status?
21 July 2014
A: Hello there, Boy, it sounds like you've been put through the ringer. The first thing I would recommend would be to order your immigration court and arrest records to see if any irregularities might allow you to re-fight your case. Beyond that, you might be able to take advantage of some immigrant visas and waivers, but your multiple reentries and deportations do pose a serious problem. You definitely need an attorney, so consider consulting with one for a full analysis of your options.

Q. Can I work even if my permanent residence card is expired...
21 July 2014
A: Hello there, If you're going for citizenship, I always recommend you have a valid, renewed green card before doing so- that way, there's no problems regarding your green card's validity at the interview. If you've had your green card for 5 years though, and you're crime free, you are qualified for citizenship- it's just a question of getting all your evidence in order. Consider consulting with an experienced immigration attorney on how to move forward. To answer your other question though, yes, you may still continue to work, provided your green card was intended to be permanent and not some temporary form. I hope that helps!

Q. We are getting a divorce. How Can I get a greencard.
21 July 2014
A: Hello there, I'm terribly sorry to hear about your divorce. Your case sounds much like one I had last year, where the spouse was promised a green card, but one was never filed as a means of control. If that happens to be the case in your marriage, then you might qualify for various forms of relief. To discuss the full extent of what those might be, consider consulting with an experienced immigration attorney so that you can tell your story in it's entirety, and the attorney can then recommend your best course of action going forward.