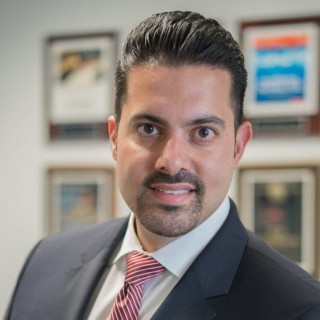 Narbeh Shirvanian, Esq. was named a 2016, 2015 and 2014 Rising Star attorney by Super Lawyers magazine, an honor bestowed upon only the top 2.5% of lawyers in California, in addition to being named a 2016, 2015 and 2014 Top Attorney in Los Angeles. He is the President of The Shirvanian Law Firm and is licensed Personal Injury Attorney to practice law before all the state courts of California and the United States District Court for the Central District of California.

Mr. Shirvanian is an aggressive litigator and has extensive experience prosecuting and defending complex civil lawsuits involving personal injury, labor & employment, real estate, construction, and estate planning cases. He personally handles and oversees all of the Firm’s cases from inception to resolution. Mr. Shirvanian is responsible for numerous six figure settlements for his clients.

Mr. Shirvanian earned a Bachelor of Arts degree in Political Science, with a concentration in Political Theory, from the acclaimed University of California, Los Angeles, in 2005 when he was bestowed with the Phi Sigma Alpha honors distinction. Thereafter, he received his Juris Doctor degree from Southwestern Law School, in 2008 where he excelled in Contracts, Constitutional Law, and Civil Pre-Writing courses.

In his spare time Mr. Shirvanian engages in pro bono work with the Powered by Youth Foundation, a California 501(c)(3) non-profit organization with a mission to offer teens opportunities for personal and social growth. In his capacity as an Advisory Board Member, Mr. Shirvanian regularly speaks to teen and parent groups regarding the drive and dedication required to achieve one’s goals, no matter how great or small.

Mr. Shirvanian is a member of the Los Angeles County Bar Association and the Beverly Hills Bar Association and speaks fluent Armenian. He is also an avid outdoorsman and is often found camping, mountain biking, and hiking in the Santa Monica Mountains and surrounding areas.