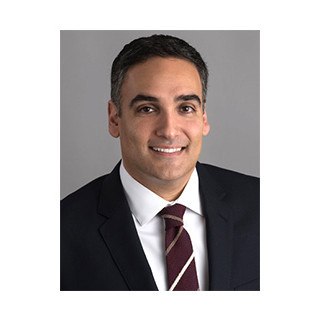 Naji has represented thousands of injury victims and recovered millions of dollars for his clients since 2003. He has dedicated his legal career to seeking justice by fighting insurance companies and big corporations to protect the rights of individuals and their families across the State of Florida. Naji has received numerous awards and recognitions throughout his legal career and is a Florida Supreme Court Certified Circuit Court Mediator.

Over 20 years ago, Naji was involved in a serious car accident that left him with permanent injuries, and thousands of dollars in medical expenses. He relied on advertising and hired a big Central Florida law firm thinking they would help him against the big insurance company. He came to find out this was not the case. He spoke to many assistants and “case managers,” but not attorneys. His phone calls were rarely returned and he was mostly left in the dark about his case. He had hired a law firm that saw him as a number, was unwilling to fight for him and simply wanted to accept any settlement offer given by the insurance company. As a result, he had a very poor result to his case.

Naji obtained his undergraduate degree from the University of Central Florida and his law degree from Florida State University in 2002. After law school, he served as an Assistant General Counsel for the State of Florida Department of Health, where he prosecuted the licenses of doctors and nurses. In 2003, he joined a Central Florida personal injury law firm, where he handled cases involving motor vehicle accidents, insurance claims, wrongful death actions, slip and fall incidents, medical malpractice, and nursing home abuse.

How to Choose the Right Law School For You

Get our Ultimate Pre-Law Checklist (FREE) here ? https://www.legaleagleprep.com/prelaw Learn learn how to get ready for law school, the 5 things you must do the summer before law...