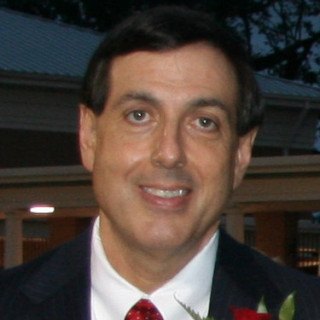 Mitchell Lattof Jr. graduated from the University of Alabama with a B.A. Degree in American Studies in 1976 and a Juris Doctor Degree in Law in 1979. He has been an active, practicing attorney in Mobile, Alabama since 1979 and has been associated with the law firm of Lattof & Lattof since 1983.

Mitch is an active member of the Gulf Shores United Methodist Church for which he serves as Chairman of Staff Parish Relations, Church Council Member and on various other committees.

The National Trial Lawyers: Top 100
The National Trial Lawyers
2018
he National Trial Lawyers: Top 100 is an invitation-only organization composed of the premier trial lawyers from each state or region who meet stringent qualifications as civil plaintiff and/or criminal defense trial lawyers. Selection is based on a thorough multi-phase objective and uniformly applied process which includes peer nominations combined with third-party research. Membership is extended only to the select few of the most qualified attorneys from each state or region who demonstrate superior qualifications of leadership, reputation, influence, stature and public profile measured by objective and uniformly applied standards in compliance with state bar and national Rule 4-7.

AV Preeminant Rating
Martindale Hubbell
1989
Martindale-Hubbell, the largest and most comprehensive source of lawyer ratings in the world, awarded Mitchell G. Lattof, Jr. the highest possible rating, which is an “AV Preeminent” rating. The “A” portion indicates the highest possible rating for legal ability, while the “V” portion indicates adherence to the highest standard of professional conduct. The ratings are based on confidential evaluations submitted by lawyers and judges throughout Alabama . AV Preeminent® is a significant rating accomplishment - a testament to the fact that a lawyer's peers rank him or her at the highest level of professional excellence.

Q. We are filing a wrongful death suit for my dads death. How are damaged disbursed in a wrongful death case in alabama
26 May 2020
A: Alabama handles wrongful death damages different than most (if not all) other states. In Alabama, the only damages recoverable for wrongful death are PUNITIVE damages. Compensatory damages such as pain, suffering, economic loss, etc. are not recoverable in Alabama. In addition, although the estates personal representative is the one who actually brings the lawsuit, the damages are payable directly to the HEIRS

Q. Are there grounds for an individual such as myself to sue a pharmaceutical manufacturer for opioid addiction?
14 April 2020
A: Possibly. There are a number of law firms around the country who have been investigating individual cases for persons affected by opioid addiction. At this point, I am unaware of any people who have actually received compensation for this. Various legal theories are being explored and it's not really clear at this point to what extent this type of case will be successful or what the ultimate criteria might be for a successful case. A simple Google search should identify law firms handling/exploring these types of cases and I would recommend that you begin by contacting one of them.

Q. My son was attacked by his neighbor with a hammer. This incident left my son with a broken arm that he needs surgery for
22 August 2019
A: The quick answer is that your son can sue the neighbor for his injuries, however there are a number of complicating issues that cannot be determined from your question. (1) If there's evidence/claims that your son contributed to the altercation, or was the initial aggressor or equally at fault in causing the altercation, this could affect the value of the case and/or the prospects of success. (2) There would also be the question of what is the likelihood of being able to collect any judgment you might get. This would depend on the neighbor's financial situation and whether he has any insurance that might cover any judgment.