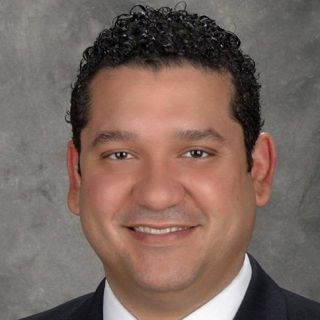 Miguel A. Amador passionately defended individuals and major corporations in numerous civil and criminal cases from the inception of the case through trial. He began his legal career at the Miami Dade Office of the Public Defender and gained tremendous trial experience in the courtroom representing his clients effectively and professionally. Mr. Amador practiced law in the civil arena working for a well-known Statewide Civil Defense Firm representing major corporations and insured parties in various capacities. Most recently, he worked on behalf of injured parties on the Plaintiff side before establishing his law firm. Mr. Amador attended Florida State University and graduated with a Bachelor’s degree in Studio Arts. He was on the Dean’s List and was a member of the National Hispanic Honor Society. After graduation, Mr. Amador was represented by an art gallery in Florida and worked as a professional artist for several years. Wanting to broaden his horizons, Mr. Amador attended St. Thomas University School of Law. He received numerous scholarships and honors including the Book Award (top student) in Family Law and Corporations. He won Best Brief in the St. Thomas University Moot Court Intramural Competition and was on the Dean’s List. He was an intern to the Honorable Julio Jimenez of the Eleventh Judicial Circuit Court of Florida, Criminal Division, a research assistant to Professor Beverly Horsburgh and an Active Learning Instructor, tutoring law students in the areas of United States Constitutional Law and Criminal Law. Mr. Amador was elected to the executive board of the St. Thomas University Moot Court Honor Society, and was a member of the St. Thomas Mock Trial Team, Phi Alpha Delta Law Fraternity International and The Honorable Peter T. Fay Inns of Court. Mr. Amador is licensed to practice in Florida, the District of Columbia Bar and the The United States District Court Southern District of Florida. He is also a member of the American Bar Association,