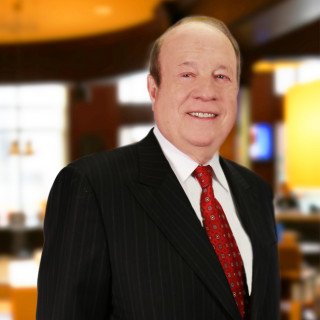 Attorney Michael F. Hupy is the senior partner in the billion dollar law firm of Hupy and Abraham, S.C. overseeing 11 offices in Wisconsin, Illinois and Iowa. In his career, he has achieved multi-million dollar results for clients including a $22 million award for an injured child.

Through Attorney Hupy's leadership, the firm has donated over $1 million to thousands of worthwhile causes.

In December 2008, Wisconsin Governor Jim Doyle presented Attorney Hupy with a Certificate of Commendation for many years of leadership in making "the community a better place to live." The Governor previously publicly thanked Attorney Hupy for his help in reversing a unanimous Wisconsin Supreme Court decision that could have reduced damages for injured motorcyclists.

In 2009, the State of Wisconsin Department of Veterans Affairs presented Attorney Hupy with a commendation for making a $5,000 donation to the Veteran's Assistance Program in recognition of Dave Zien's million-mile ride. Attorney Hupy was on the back of Zien's bike when he reached the million-mile mark on April 4, 2009.

Attorney Hupy has been AV Preeminent Rated by Martindale-Hubbell for more than 20 years. This is the Gold Standard of Lawyer Ratings - highest possible peer review rating in legal ability and ethical standards - and has been since 1987. This award is the pinnacle of professional excellence earned through a strenuous Peer Review Process that is managed by the world's most trusted legal resources - not made up ratings and scores based on posts, reviews, and responses to public forums.

In 2019, Attorney Hupy was a recipient of the Albert Nelson Marquis Lifetime Achievement Award presented by The Marquis Who’s Who Publications Board. This award is an honor reserved for Marquis Biographies who have achieved career longevity and demonstrated unwavering excellence in their field.

Wisconsin Academy of Trial Lawyers Board of Directors
Member
Current

$18.2 Million Settlement in Tort Claim Against the U.S. Government
www.hupy.com

Watch this video to meet attorney Michael Hupy, find out how he grew his firm into the largest volume personal injury practice in Wisconsin, and why he believes in excellent service and putting his clients first.