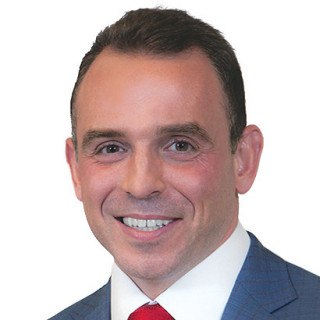 Michael F. Bonamarte IV was hired as an associate attorney in August 2005 after graduating from John Marshall Law School. Mike is well-known and respected by his peers, clients and opposing lawyers for his diligent and passionate work on behalf of those who have been harmed as a result of wrongful conduct. Mike has achieved outstanding results in a number of high-profile nursing home, wrongful death, medical malpractice and personal injury lawsuits. In March 2014, he was named Partner at Levin & Perconti.

Michael was honored as one of the “40 Illinois Attorneys Under Forty to Watch,” in 2010 and he was also named an Illinois Rising Star by Super Lawyers in every year since 2011. Mike was honored with an award for Trial Lawyer Excellence for the Highest Reported Illinois Verdict in a Nursing Home Malpractice case.

Mike is president and founder of the Michael F. Bonamarte III Foundation, a nonprofit organization dedicated to raising awareness and funding research on the treatment and prevention of strokes. Mike founded the organization in memory of his late father, The Foundation has raised over $60,000 since inception.

Expert Witnesses-When and How to Depose Them and How to Take a Good Deposition, Nursing Home & Assisted Living Facility Litigation Seminar, Chicago, IL
February 6, 2015
Illinois Institute for Continuing Legal Education