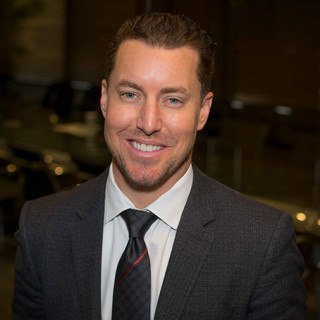 Mr. Burgis began his career working with Glauber Berenson, a well-known and respected worker’s compensation law firm. During his over five-year tenure at Glauber Berenson, Mr. Burgis quickly proved to be a top trial attorney at the firm, setting settlement and trial records. As the result of achieving phenomenal results for his clients, Mr. Burgis was named a Top Attorney in 2010 by Pasadena Magazine.

Although Mr. Burgis was offered partnership opportunities, he was determined to pursue his own practice where he could utilize his unique and effective approach to litigation. With his extensive knowledge of the law, coupled with innovative strategies, Mr. Burgis is dedicated to improving the lives of the injured and their families.

In this video, Michael Burgis gives a quick video tour of our newest office in Pomona. MB&A is expanding and we're here to represent and bring recovery to the injured all across Southern California

n this video, attorney Michael Burgis discusses executive order N3120 passed by Governor Gavin Newsom and how it affects the Warn Act. If you want an experienced workers comp lawyer legal team that will advocate maximizing your benefits, give us a call at 1-(855)-Burgis-1. We're here to help, and we bring “Recovery to the injured.”

Can You Use Paid Sick Leave If You Have Covid-19?

In this video, Attorney Michael Burgis discusses if you are entitled to paid sick leave if you miss work due to the Coronavirus. Anytime you are sick, you are able to use the available sick days you have accumulated with your employer. If you do have COVID-19, you are likely to exhaust your sick days very quickly, so you should not rely on sick pay. If you would like to learn more, contact The Law Offices of Michael Burgis and Associates Today!

Am I Entitled To Workers' Compensation Benefits If I Get COVID-19?

Attorney Michael Burgis discusses a worker's right to workers' compensation benefits if they contract COVID-19 at work. If you can show that you contracted Coronavirus, or any illness, within the course of your employment, then you are entitled to Workers’ Comp Benefits. In many Coronavirus cases, however, you are expected to make a full recovery, so filing a Workers’ Comp Claim may not be the right course of action