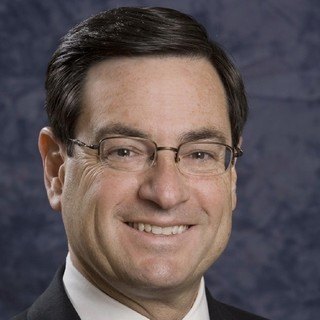 Michael A. Robbins is past president of the Michigan Chapter of the American Academy of Matrimonial Lawyers, past chairperson of the Family Law Section of the State Bar of Michigan and past president of the Michigan Interprofessional Association. Mr. Robbins has not only been named one of the "Best Lawyers in America" in family law, but was also showcased in Newsweek as one of the Eight Leaders in Family Law in the United States. He has also been named one of the top 100 lawyers in Michigan by the New York Times and Super Lawyers. He is a frequent lecturer on the subject of family law in Michigan. He has appeared as a guest on such television programs as "Good Morning America", "The Today Show" and "CBS Good Morning". He has taught family law and has authored numerous articles on the subject of family law. Based upon Mr. Robbins' extensive experience in family law, he often assists the courts as a mediator and arbitrator in the resolution of family law disputes. Mr. Robbins has a unique philosophy in handling family law matters. He believes that every client deserves individual attention and the best representation possible. Based upon this philosophy, he has developed a successful family law practice. He also recognizes the emotional trauma and pain individuals suffer when going through a divorce. As a result, he offers his clients the time and the experience necessary to guide them through one of the most difficult experiences in their life. In every case, Mr. Robbins first attempts to bring about a quick, civilized, fair and inexpensive resolution. However, if that cannot be accomplished, Mr. Robbins offers aggressive professional representation. Mr. Robbins has developed a reputation not only as an expert in the area of family law, but also in attending to the individual needs of his clients. With over 30 years of experience working with families throughout Michigan, including Oakland, Wayne and Macomb County.

How to Prepare and Try a Family Law Case

Preparing Your Clients for the Custody Battle

The Side Effects of Divorce