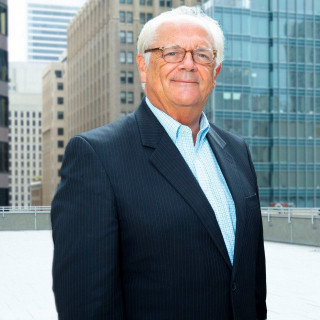 Mr. Kelly is among California's top personal injury and wrongful death lawyers. In the first half of 2016 alone he resolved three cases for $12.5 million (auto roll over), $10.5 million (wrongful death) and $7.5 million (Birth injury malpractice). In 2015 he obtained a record $2.45 million wrongful death verdict against Kaiser for medical malpractice. In 2014 he was voted the California "Trial Lawyer of the Year" by Cal-ABOTA. He co-tried and won the first DePuy defective hip trial in 2013; he was inducted into the Inner Circle of Advocates in 2013; he was nominated for the Consumer Attorneys of California "Consumer Attorney of the Year" award in 2010; ( his second such nomination). In December 2009 he was chosen by the readers of San Francisco's Recorder legal newspaper as the "Best Personal Injury Attorney" in San Francisco and featured on the cover of the 2009 Northern California Super Lawyers magazine. His 2010 $23,200,000 jury verdict in a medical malpractice case for a newborn ranks among the nation's largest verdicts ever for obstetrical injury. He has successfully handled personal injury cases for clients in Oregon, Hawaii, Colorado, Alaska, Minnesota, New Mexico and the Territory of Guam. He has obtained 8-figure jury verdicts and settlements in product liability, wrongful death, obstetrical injury, medical negligence and vehicle collision cases. He holds an "AV" rating (highest rating) from Martindale-Hubbell. He has been involved in more than 175 cases where his client(s) recovered $1,000,000 or more by way of trial, arbitration, mediation or settlement. He is a four-time "Trial Lawyer of the Year" nominee of the San Francisco Trial Lawyers Association.

University of California Hastings College of the Law
J.D. (1976) | Law

Trial Lawyer of the Year
CAL-ABOTA

National Institute of Trial Advocacy
Member, Board of Trustees
2002 - 2019

DePuy has limited its voluntary offer of compensation to the costs of medical care provided. This approach entirely omits the physical pain associated with undergoing an additional, unnecessary surgery,...