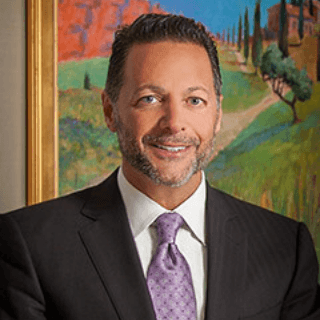 Michael DeMayo is Founder and CEO of the DeMayo Law Offices in North Carolina.

Mr. DeMayo is consistently ranked as one of the top attorneys in North Carolina and Nationally. He is ranked annually as a Top 100 Trial Lawyer by the National Trial Lawyers, is rated AV Preeminent from Martindale-Hubbell, a member of the Multi-Million Dollar Advocates Forum, has been named the Nation's top One Percent by the National Association of Distinguished Counsel and locally he is a sustaining member of the Leaders Forum and the President’s Club for the North Carolina Advocates for Justice.

Mr. DeMayo is licensed to practice law in all North Carolina State Courts, U.S. District Courts, and is admitted to the United States Supreme Court. Mr. DeMayo is fluent in Spanish. In conjunction, the firm has more than 30 bilingual team members to help serve their diverse clientele.

On top of his legal accolades, Mr. DeMayo is very involved in local organizations and initiatives.

Mr. DeMayo opened his first office in 1992 in Charlotte, NC. Since then the firm has grown to have 3 offices across North Carolina with over 120 legal professionals between them.

DeMayo Law Offices has recovered over $800 Million dollars in verdicts and settlements for our clients.