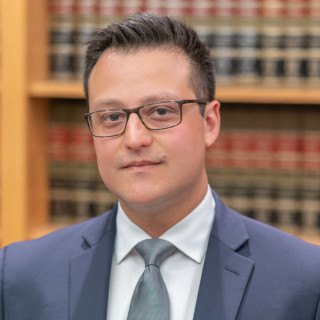 Matthew J. Simone is a partner at the law firm of Gerstenzang, Sills, Cohn & Gerstenzang. He received his Bachelor’s Degree from Binghamton University in 2010 and graduated from Albany Law School in 2013.

During Matthew’s tenure at Binghamton University, he majored in financial management, was a Division 1 Scholarship Athlete and captain of the baseball team in his senior year. In law school, Matthew interned at the Schenectady County Public Defender’s Office and the Albany County District Attorney’s Office.

Prior to joining the firm, Matthew was an associate attorney at a local firm where he practiced in the areas of DWI defense, criminal and civil litigation, personal injury and vehicle & traffic matters. He was admitted to practice law in New York in January of 2014, and was admitted to practice in U.S. District Court for the Northern District of New York in June of 2015.

To Blow or Not to Blow, That Is The Question, DWI On Trial: The Big Apple XXII, Albany, New York
December 9, 2022
New York State Bar Association
This lecture is designed to help lawyers systematically handle the late night phone call from an individual under arrest for DWI. The lecture will not only cover how to answer the question, but to do it in a way that does not incriminate the individual making the call. In addition, the program will cover representing an individual accused of refusing to submit to a chemical test during the virtual DMV hearing, and refusal consequences.