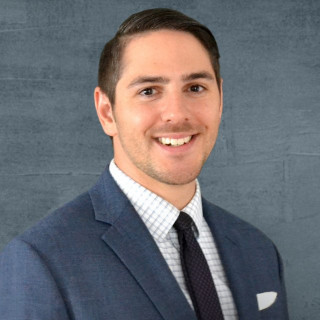 Matt is a lifelong Pennsylvania resident, having lived in Bucks, Centre, and Erie counties. As an undergraduate, he attended The Pennsylvania State University’s main campus, where he received a Bachelor of Science degree in biology. Afterwards, he went on to earn his Juris Doctor degree from The Pennsylvania State University, The Dickinson School of Law, where he graduated in the top third of his class. While at Penn State Law, Matt was a member of the Rural Economic Development Clinic and was recognized as a Public Interest Advocate for providing free legal assistance to small businesses in rural communities throughout the state. He also represented Penn State Law at the National Environmental Law Moot Court Competition in New York. Before graduating, Matt was awarded the “CALI Excellence for the Future Award for Excellent Achievement in the Study of Workers’ Compensation Law.” Prior to joining Bernard Stuczyski & Barnett, Matt spent a summer serving as an interning law clerk to The Honorable Frank Palumbo of the Philadelphia Court of Common Pleas, where he drafted judicial opinions for appeals to Pennsylvania’s Superior and Commonwealth courts. Since joining the firm in 2012, Matt has focused his practice on Workers’ Compensation, Car Accidents, Personal Injury, and Social Security Disability law. He has quickly become recognized by his peers and colleagues as an excellent advocate and has been invited onto several committees in the Erie County Bar Association. Matt has negotiated a number of substantial settlements for his clients and prides himself on always going the extra mile. Additionally, Matt is committed to providing pro bono legal services through the Erie County Bar Association’s “LAVA” program. In 2017, Matt was added as a Partner of the firm.

Excellence for the Future Award in Workers' Compensation Law
CALI
2012

The Erie, PA Car Accident Lawyers of Bernard Stuczynski Barnett & Lager has been helping injured victims since 1985. We represent individuals throughout Northwestern Pennsylvania.