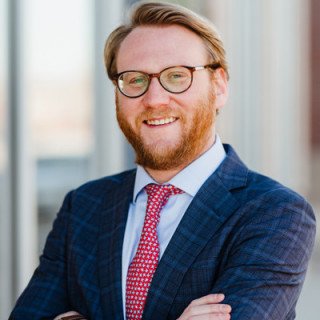 Haltzman Law Firm is located one block from the Larimer County Courthouse in Fort Collins. Matthew A. Haltzman, the founder of Haltzman Law Firm, P.C. concentrates in DUI, Criminal Defense, and Personal Injury. Matthew was selected as a Super Lawyers® Rising Star for 2019 and 2020. He was also named a “Top 40 Under 40” attorney by the National Trial Lawyers and is Lead Counsel verified in criminal law and civil Litigation. He is currently serving as the President of the Larimer County Bar Association (YLD).

Since being admitted to the Colorado Bar, Matthew has successfully represented hundreds of plaintiffs in personal injury, trucking and automobile cases in Colorado and in the Western United States. Matthew also dedicates a considerable amount of his practice towards defending clients charged with crimes in Federal and State Courts. Prior to founding Haltzman Law Firm, P.C. Matthew practiced federal complex civil litigation with a national law firm in Cheyenne, Wyoming and spent four years after that as a trial attorney for a well established personal injury litigation firm.

Rising Star
Super Lawyers
Super Lawyers is a rating service of outstanding lawyers from more than 70 practice areas who have attained a high-degree of peer recognition and professional achievement. The selection process includes independent research, peer nominations and peer evaluations. up to 5 percent of the lawyers in a state are named to Super Lawyers, no more than 2.5 percent are named to Rising Stars.