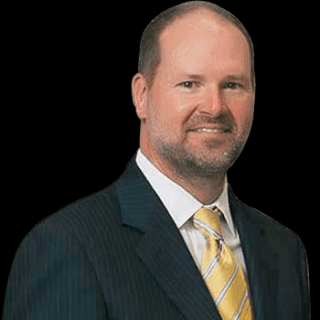 Matthew Emerson been a practicing attorney for more than 24 years. He has been trial counsel on a multitude of cases resulting in jury verdicts, settlements, or judgments amounting to more than $1,000,000.

After a clerkship, Matthew worked as an associate attorney with Rwyant, Alvarez, Jones, Russo & Guyton, P.A., a well-respected law firm in Tampa, FL.

While with Rwyant law firm, he represented various insurance corporations, some of which were State Farm Mutual Automobile Insurance Company, Traveler’s Insurance Company, and Geico Insurance Company. These experiences afforded Matthew knowledge of the ways insurance companies evaluate claims made by injured parties.
Next in his career path, Matthew joined Justin C. Johnson and Associates, P.A., a personal injury law firm. While there, he represented clients who had suffered catastrophic injuries in their cases against large companies such as including Walmart, Dillard’s Department Stores, Lexus of Tampa Bay, Florida Pool Products, Inc., Allstate Insurance, State Farm Insurance, and Knowledge Learning Corporation.

Matthew co-founded Emerson Straw in 2010 to represent those who have been wrongfully injured or whose family members were killed due to negligence by corporations, physicians, nursing homes, or medical facilities. As an experienced personal injury attorney in St. Petersburg, Matt can assist with many types of cases.

Matt is AV Rated Preeminent by Martindale Hubbel and is a member of the Florida Bar, the United States District Court for the Middle District of Florida, United States Court of Appeals for the Eleventh Circuit, as well as the St. Petersburg Bar Association.

Matt was born in Bay City, MI and resides in Tierra Verde, FL with his family.