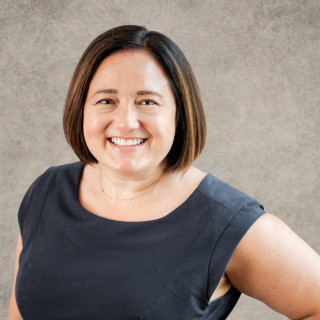 Mary T. Colwell (nee Pasqualino) graduated from Albany Law School of University in Albany, New York in 2001 with a concentration in Criminal Law.

While at Albany Law School, Mary was a member of the Moot Court Board, the Women’s Law Caucus and Vice-President of the Italian-American Law Students Association.

Ms. Colwell was selected for admission to the United States Supreme Court in Washington, D.C. Ms. Colwell worked for the Monmouth County Prosecutor’s Office in the Motions and Appeals Bureau, where she acquired prosecutorial experience, upon graduation. She remained in New Jersey for one year, gaining invaluable general practice experience at Hobbie, Corrigan, Bertuccio & Taschy. However, her desire to work in Albany, where she was born and raised, led her the Law Offices of Alice K. Berke, P.C. in 2003, where she concentrated her practice in Matrimonial/Family Law, Real Estate (including real estate closings and landlord-tenant matters), Vehicle and Traffic Law, and Criminal Law.

Ms. Colwell joined her husband, Kevin, at CCP in September of 2008 and is currently a member of the New York State Bar Association and the Capital District Women’s Bar Association.

Mary continues to concentrate her practice in Matrimonial/Family Law, Real Estate (including real estate closings and land-lord tenant disputes), Vehicle and Traffic Law, and Criminal Law. However, she is well versed in many general practice areas.

The Rights of Non-Custodial Parents in New York
December 2, 2011

Q. Received Emergency Custody of 16 year old son. Court suggested I retain an attorney. How do I find the right attorney?
January 31, 2023
A: Finding the right attorney is important. First, you should google Family Law attorneys who practice in the place where the custody is to take place. From there, look at their websites and learn more about the mission and vision of the firm. You should meet with different firms to determine if they are aligned with your goals and have the experience to get you to those results. A firm should listen to what you are looking to achieve and give you realistic expectations, not just what you want to hear. You want to ensure that the firm you choose to work with "feels" right to you, has experience with custody matters such as this and likely an Article 10 Abuse and Neglect matter (you'd likely be an interested party) and a support staff to work as team so the billing is reasonable. Good luck!

Q. In New York, how often and under what circumstances can you modify a child support order?
January 31, 2023
A: Unless you waived the option to have the right to seek a modification every 3 years or upon a 15% change in the payor's income, you can seek one whenever it is warranted. You can always seek a modification based upon a change in circumstances, such as the needs of the child have changed. If child care wasn't originally determined (or it didn't exist at the time so it was not foreseeable) and it is now an issue, you should be able to modify on that basis as well. You should consult with an experienced family law attorney to review your rights.

Q. If mom had custody of my son and she recently passed away who has custody of the child
January 3, 2023
A: That depends upon what the order says. If mom had sole legal custody then the person seeking custody, such as yourself or one of her relatives, would need to file in Family Court for a modification based upon this change in circumstances. If necessary, an Order to Show Cause can be filed for emergency relief. If the order named joint legal custody, the other individual has custody. You should consult with an experienced attorney to discuss the particular facts and circumstances of the case as those are crucial to the determination of how to proceed here.