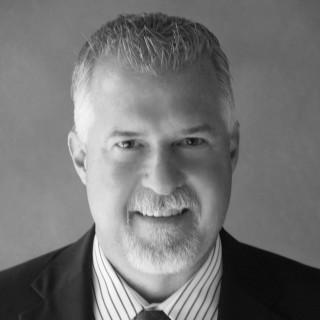 Mark A. Irwin is a Family Law Attorney and founding partner of IRWIN & IRWIN, LLP, with offices in Fullerton and Newport Beach, California. He is a graduate of the University of Southern California’s Annenberg School for Communication & Journalism. Mr. Irwin earned his Juris Doctor in Law from Western State University College of Law. He graduated from law school second in his class. Mr. Irwin worked as a Family Law Attorney for another prominent firm before starting his own practice in 2011 with his wife, Kelly McGrane-Irwin.

Attorney/Partner
Family Law Offices of Irwin & Irwin, LLP
2011 - Current
At Irwin & Irwin, LLP, we strive to professionally and compassionately guide you through the family law process, making your needs and goals our priority. We want to be your trusted legal advocates, providing you the highest quality of legal services. We work together with our clients as a team, and are dedicated to making sure you are an informed decision-maker. We endeavor to make an often difficult process as manageable as possible. Oftentimes the best resolutions are reached out-of-court, and we can help you negotiate such a settlement. But where trial is necessary, we are prepared to zealously represent you.

Associate Family Law Attorney
Wishart & Garland
2010 - 2011
Worked in a rich mentoring environment with more than 50 years of combined legal experience exclusively dedicated to family law. W&G is a friendly, family-oriented law firm, ready to serve and address all family law needs. They make every effort to settle matters by mediation or otherwise, thereby minimizing the stress and expense of litigation. However, clients know they have the experience to take their case to trial when necessary. W&G provides experienced counsel in child custody and visitation disputes, support issues, as well as, complex property issues. W&G also handles post-judgment modifications of spousal support, child support and child custody orders. They are trained in assisting victims of physical and mental abuse, in dealing with all aspects of domestic violence and in obtaining restraining orders when appropriate. W&G guides, counsels, advocates and minimizes the stress associated with these matters.

Auditor
POST Sherman Block Supervisory Leadership Institute (SBSLI)
2000 - 2002
As an Auditor I had the opportunity to participate as part of the instructional staff at the POST Sherman Block Supervisory Leadership Institute (SBSLI). This is a program designed to stimulate personal growth, leadership, and ethical decision-making in California law enforcement front-line supervisors. Designed and implemented in 1988 through the efforts of California law enforcement professionals and top educators and trainers, the SBSLI is an intense program based on experiential learning techniques. Students are challenged to learn new ways to resolve issues through group and individual work. The curriculum takes students through an analysis of management (planning, organizing, directing, etc.) and leadership (inspiring, challenging, developing, etc.), and how each discipline compliments the other. The course progresses from self-evaluation, to interpersonal evaluation, to organizational relationships.