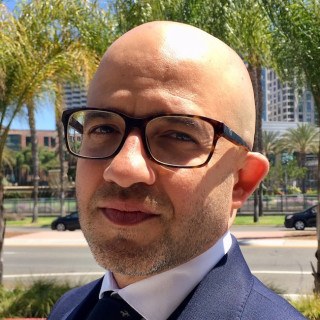 Luis Blanquez is an antitrust and compliance attorney with 15 years of experience at the European Commission and major international law firms in the European Union. Luis joined Bona Law PC in 2016 in San Diego, and qualified as a US attorney in the state of California in 2018.

His experience includes work for French legal chambers and judges as part of the “Leonardo da Vinci” European traineeship program. Furthermore, he worked as a trainee at the Directorate General of Information Society of the European Commission in Brussels, before moving to the former Merger Task Force (“MTF”) at the Directorate General of Competition, as a case handler. There he gained extensive experience on merger cases such as the Oracle/Peoplesoft, Banco Santander/Abbey and EDP/GDP/ENI transactions, among others.

Luis has also worked during the past 10 years in several international law firms such as Simmons & Simmons LLP, CMS, and Herbert Smith Freehills LLP in Madrid, Brussels and London, advising clients in merger control, cartel and other antitrust investigations, as well as antitrust and non-antitrust compliance issues. Luis is a Spanish native speaker and is fluent in English and proficient in French.

The Spanish Competition Authority fines the holder of football TV rights for abusing its dominant position in the resale of these rights and in the pay TV market (Mediapro).
Concurrences: Antitrust Publications
March 17, 2011