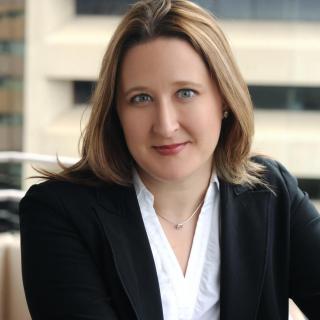 Leslie D. Maxwell was born in Albuquerque, New Mexico and practices primarily in bankruptcy and commercial law at Walker & Associates, P.C. She received her B.A. in Anthropology from Emory University in 2003 and her Juris Doctor from the University of New Mexico School of Law in 2006. At UNM, she was a judicial extern for the Hon. James S. Starzynski, former Bankruptcy Judge for the District of New Mexico. Except for a brief stint in insurance defense litigation, Ms. Maxwell has practiced primarily in bankruptcy law since 2006. Ms. Maxwell is a member of the board of directors of the Bankruptcy Section of the State Bar. She is also a founding board member and the President of the New Mexico Chapter of the Federal Bar Association and a member of the H. Vearle Payne Inn of Court. In 2006, she won the American Bankruptcy Institute’s Medal of Excellence in Bankruptcy and published the article, “Being a Professionally Responsible Debt Relief Agent: How Do You Respect a Law That Can Get You Disbarred?” in the October 2006 issue of the Norton Bankruptcy Law Adviser.

Being a Professionally Responsible Debt Relief Agent: How Do You Respect a Law That Can Get You Disbarred?
Norton Bankruptcy Law Advisor
October, 2006