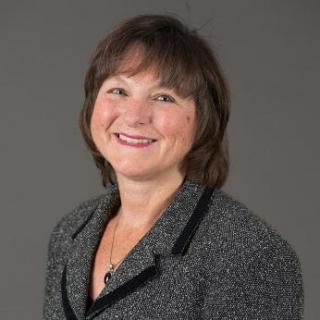 Lea Ann Sterling has been a member of the Michigan Bar since 1998 and has practiced in Leelanau County since 2001. Admitted to the bar in Ohio in 1981, Mrs. Sterling practiced law in Columbus. In 1997, she took a sabbatical to write, travel, and relocate from Ohio to Michigan. Her first book, Historic Homes of Olde Towne, was released in 1999 and won the Ohio Historical Society’s 2000 Public Education and Awareness Award. Historic Cottages of Mackinac Island, released in 2001, was listed on the Michigan Governor’s List of Best Books of 2001. In March 1999, Mrs. Sterling was appointed Village of Empire Zoning Administrator where she was involved in land use issues and village planning until April 2005. She established the Sterling Law Office for general civil practice in March 2001 with renowned attorney Dean Robb as her mentor. SLO became the Northwestern Lower Michigan affiliate of the American Divorce Association for Men (ADAM), specializing in the family law needs of men. Mrs. Sterling also assists individual and businesses to comply with immigration laws of the U.S.A. She is a member of the Grand Traverse-Leelanau-Antrim Bar Association.

Attorney / Solo Partner
ADAM - The American Divorce Association for Men
2008 - Current
Through our affiliation with the American Divorce Association for Men (ADAM), we offer legal representation focusing on the unique needs and rights of fathers and husbands. When dealing with a family law issue, whether it is custody, parenting time, change of domicile, spousal support, or other matters, Sterling Law finds that all family members can benefit from the dedicated representation of the specific needs of men. The ADAM program at Sterling Law pursues fair and equal treatment for male clients in all domestic family law matters. It emphasizes the importance of keeping both parents in children’s lives when there is dissolution of the parents’ relationship. ADAM gives legal guidance to male clients to achieve short and long term parenting goals and other questions arising from a marital separation or divorce, or from raising a child born to unmarried parents. ADAM attorneys are committed to the tenet that all family members fare better when parental responsibility is shared. With a long history of robust advocacy for family law clients, Sterling Law brings expertise in men’s rights law to northwestern Michigan.

Attorney / Sole Partner
Sterling Law Office
2001 - Current
Our mission: To give our clients sterling legal services – genuine, of excellent quality, of the highest standard. We work as a team with our clients to define and achieve their legal goals. We seek for our clients dignity and fairness and for all we seek social justice in a biased system. We care for our clients by totally dedicating ourselves to their cases, by giving guidance and answering questions in a timely effective way, and by being well-prepared in court. We take our clients' cases to heart and pursue their goals with the talent and resources of our minds and our 50-plus years of experience.