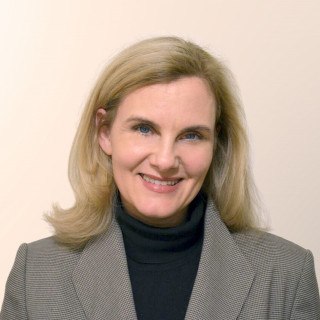 Lara Gardner is one of the founding attorneys of the Columbia River Law Group. She represents consumer and small business debtors in Chapter 7 and Chapter 13 bankruptcy cases.

Lara earned her B.A. with Honors in English from the University of Oregon in 1998, and her J.D. from Lewis and Clark Law School in 2003. As a law student, Lara published three law review articles. She also interned at the law school’s low-income legal clinic handling bankruptcy, consumer, and landlord-tenant cases. Lara is admitted to the Oregon State Bar, the U.S. Court, District of Oregon, the Washington State Bar, and the U.S. Court, Western District of Washington.

State Employers are not Sovereign: By Analogy, Transfer the Market Participant Exception to the Dormant Commerce Clause to States as Employers
79 Chicago-Kent Law Review 725
2004

Q. My fiancé hired a bankruptcy attorney and filled chapter 13 2 years ago in Mar h 2020 he had to convert to a chapter 7
6 January 2021
A: If you were in a chapter 13 it is likely you were paying non-dischargeable taxes. It is one reason people file 13 rather than 7. If you converted, the non-dischargeable taxes would remain non-dischargeable and you would still owe them. This is definitely a situation where you should contact your prior attorney and ask for assistance (although from the answer the attorney gave you it sounds like they don’t know what they are doing and you may wish to contact the bar). You should also look at the final accounting provided by the chapter 13 trustee. It will show what was paid through your chapter 13. If you weren’t paying secured debt, the taxes would usually have been paid before other unsecured debt (there are some uncommon exceptions to this). Your bankruptcy attorney should have explained all of this to you at the time.

Q. I filed chapter 13 December 3,2020. A creditor/credit union debited my account 7 days prior.How do I recover those fund
6 January 2021
A: It depends why the money was debited and also whether the trustee takes an interest in the funds. If the money was for a secured loan on a piece of collateral you own then the money is not recoverable. If it was not for secured collateral and the payments were over $600, the trustee has first right to claim the funds. If the trustee doesn’t, and you listed the payment and exempted it in your schedules, then you can usually demand they be refunded to you. Speak to your attorney about this. If you are acting pro se’ then you will want to contact the trustee and find out if he/she will be pursuing the transfer. If not make sure the transfer is listed and exempted in your schedules (you can make an amendment if necessary) and then make a demand on the creditor.