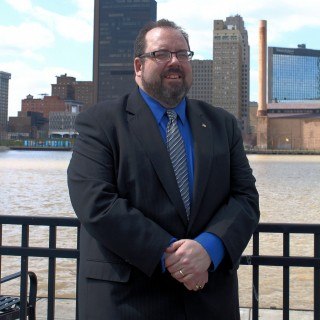 Kurt Young is a 1990 graduate of the University of Akron with a Bachelor of Arts in Political Science and a 1993 Graduate of Case Western Reserve University’s School of Law. He is licensed to practice law in the State of Ohio and the Federal District Court for the Northern District of Ohio and is a member of the Bar of the Supreme Court of the United States.

Kurt is an Ohio State Bar Association Board Certified Specialist in Ohio Workers’ Compensation Law. He has argued over 18,000 hearings before all levels of the Industrial Commission of Ohio and has litigated hundreds of cases before various Courts of Common Pleas and District Courts of Appeals throughout Ohio and has over two dozen published Court of Appeals and a dozen Ohio Supreme Court decisions.