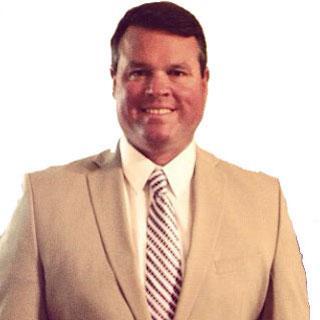 Kim T. Stephens ranks as one of the most accomplished trial lawyers and attorneys in the state of Georgia. With more than twenty-five years of experience in litigation, he has won numerous awards for litigation and has successfully resolved high profile cases, defending professional and college athletes, doctors, police officers, and teachers charged with crimes ranging from misdemeanors to serious felony crimes. Kim has extensive experience in the areas of criminal law, personal injury, business and contract litigation, and probate law. He practices in all courts including federal courts and appellate courts, representing individuals charged with misdemeanor crimes, including DUI; felony crimes, including drug charges, sexual offenses, family violence crimes, burglary, theft, and murder; and federal crimes throughout Georgia. Kim is known for providing an aggressive defense for his clients and consistently achieving optimal results for the people he represents.

Kim is recognized both locally and nationally for his professionalism and skills as a litigator. He has earned the rank of superb on AVVO, achieving the highest possible score on the ten point scale that AVVO uses to grade attorneys.

Kim grew up in Newnan, Georgia and attended the University of Georgia where he started 46 games (a Bulldog record at the time) and lettered for four years on the Bulldogs’ football team receiving numerous academic and athletic honors. He scored in the ninety-ninth percentile on the LSAT, allowing him to attend any law school of his choosing. Kim earned his law degree from the Georgia State University College of Law, choosing this program because it allowed him to work full time to pay his way through law school.

Kim was admitted to the Georgia Bar in 1993. He opened his own law office in 1998 and honed his craft as a trial lawyer becoming by reputation and performance one of the top criminal and civil trial attorneys in Athens and Northeast Georgia.

Top 100 Trial Attorneys
The National Trial Lawyers
2015
Ranked as one of the top 100 trial attorneys.

At the law offices of Stephens & Brown, you get professional advice and a powerful defense. Our attorneys are experienced, knowledgeable, and highly skilled and whether you have been charged...

Are you being accused of committing a crime? Then the first thing you need to do is contact the Law Offices Of Kim Stephens and Michael Brown. Our...