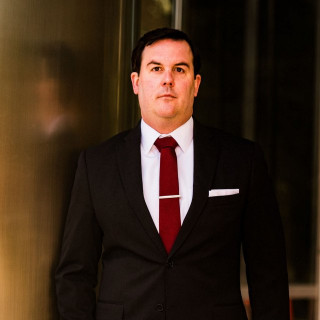 At the age of 25, he joined the United States Air Force and served on active-duty for over eight years. He began his military service by undergoing rigorous flight training at Naval Air Station Pensacola and after receiving his wings, he was stationed back in Texas as a B-1B Bomber Weapon Systems Officer. He deployed overseas numerous times and spent almost two combined years combating terrorists in Afghanistan, Iraq, and Syria.

Immediately after fulfilling his active-duty commitment, he was accepted to Southern Methodist University, Dedman School of Law. At SMU, he gained valuable trial advocacy experience and obtained legal victories for his clients in the prestigious VanSickle Family Law Clinic. After graduation, he spent more than two years as an Assistant Criminal District Attorney where he sharpened his courtroom skills by pleading and trying a vast number of criminal cases.

In 2022, he made the decision to bring his significant experience to the service of the Dallas and North Texas community. Kelly A. Carter has a proven track record of grace under stressful conditions and success in the courtroom. The most valuable experience that he has gained, however, is a deep empathy for people that have been accused of crimes and are concerned about how the consequences of a conviction will affect their families and their futures. He uses this empathy as motivation to forcefully advocate for his clients and this passion for justice has helped him become one of the most successful trial attorneys in North Texas.

Texas
State Bar of Texas
Since 2019