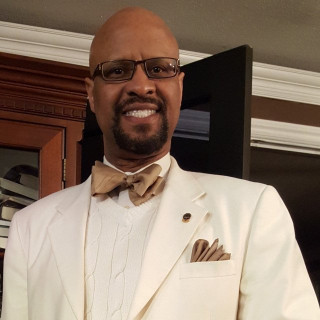 Mr. Armstrong, formerly a govt trial lawyer with over 1000 victories and 75% win ratio in state and appellate hearings. His perspective can give you well-rounded advice because he was a prosecutor, defense counsel and advisor for WA state agencies. Some issues, he was litigated over 300 times. He knows what to advise you on 301. Mr. Armstrong helps you understand and use the strong arm of the law to your advantage. His advise is proven but more importantly, understandable. His simple background in Oklahoma City allows him to break down complete legal issues into understandable options to protect your empire.

Mr. Armstrong has studied international and administrative law in London, England, France, Italy and Japan. In 1996, Mr. Armstrong taught a seminar (in Japanese) on criminal procedure and a legal analysis of the O.J. Simpson trial to Tokyo law students in Japan. Mr. Armstrong’s experience switches from public law practice to private practice every 5 years assisting government in consulting roles and private companies export to foreign lands.
Born and raised in the Oklahoma City, the heart of America. Academically trained at Oklahoma State University receiving BS in Business Administration. Mr. Armstrong obtained his law degree at Washburn University School of Law in Kansas, the “Land of Oz.” There he studied International Business Law. International influences landed him in London, England for the summer studying Administrative Law and the start of the European Union. Since then Mr. Armstrong has become a pseudo-ambassador-at-large hosting several conferences in Kansas with foreign ambassadors from U.S.S.R, France, Japan, Denmark, Hungary and Sweden.
Today, he lives in Tacoma with his spouse, another government attorney. Mr. Armstrong is very active in the community encouraging legal forums, business development workshops, apprenticeships, workforce development and entrepreneurial pursuits

Q. Mother-in-law died a year ago- left me $50,000 I'm having a hard time receiving and I need to know what I need
September 22, 2022
A: Hello estate heir. The probate attorney and executor may be correct. If the estate does not have liquid cash, may have to sell hard assets to fund the inheritance. But more important is the priority of distributions. First, creditors and claims, expenses, legal, accounting fees and bills. After the bills are paid, heir get their share according to the Will. Beneficiaries are last in line for estate payouts. You may have to wait out the 4-month creditor claim period before any money goes to heirs. The does not dictate the priority of all payments, just some. But look at it like this, bills first, attorneys, tax pros next, heirs last. The executor will go by the Will if funds are still available after the bills are paid off. This process could take 8 months before payout, so be patient.

Q. My sister is dying very quickly and she wants to give her house to her son. She has no will. Is there something we can
May 24, 2022
A: Yes, she can gift the house to her son with a Quit Claim Deed. She can also do a Transfer on Death Deed. Lastly, she can create a living trust with her son as beneficiary. All of these will avoid probate, but the Transfer on Death Deed gives you the most bang for the buck. I would seek an experience estate planning attorney in your county to help you along. There many attorney who can do this quickly, which appears to be the point. Best regards to your sister. Enjoy the memories.

Q. I am the creditor to a court ordered instalment plan where the debtor has died. Most likely no will
May 5, 2022
A: Creditor, you may want to make a claim against the estate of the debtor and send written notice to the surviving partner. If the debt was in the company capacity, then the company should be responsible for paying. If the debt was made in his personal capacity, then his estate should pay for the debt. Once the estate is opened, you can make a creditor claim. Be sure to check carefully because there probably a time limit to file. Filing the claim goes a long way in getting paid. If no probate or no one is cooperating, you may have the option to open the probate yourself to get your debt paid. Here in Washington State, a creditor is allowed to open a probate so they can get paid. I would check with an experience probate lawyer in your county to determine what steps would work better for you.