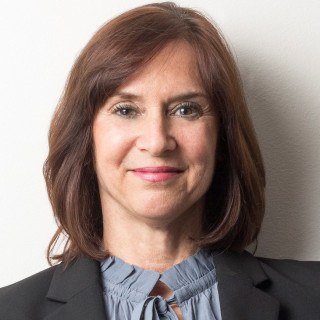 Judith Susskind is one of Michigan's foremost trial attorneys in the areas of medical malpractice and personal injury.

For more than 30 years, Judy has successfully handled a variety of medical malpractice cases, obtaining favorable outcomes for individuals and families whose lives were forever changed due to the negligence of doctors, nurses, and other health care providers. In 2002, she won a record-breaking three medical malpractice trials in less than 11 weeks, and in 2004, Michigan Lawyers Weekly named Judy "Lawyer of the Year," an honor based on peer recognition for being the "winning-est" lawyer for plaintiffs in the state.

Judy has been included on the list of Michigan Super Lawyers each year since 2006 and Best Lawyers named her "Lawyer of the Year" for medical malpractice in Detroit in 2015 and 2017 respectively. She has also been inducted as a member of the American Board of Trial Advocates, a prestigious national organization whose membership is reserved for lawyers with extensive experience, demonstrated and extraordinary skill, and the highest civility and integrity.

Judy gives back to the legal profession and the community in many ways. She sits on the Executive Board of the Michigan Association for Justice (previously known as the Michigan Trial Lawyers Association) and served as the organization's president in 2008 and 2009. In addition to the Macomb County Bar Association, she is also active in the Oakland County Bar Association and the Oakland County Bar Foundation, of which she is a fellow. A member of the State Bar of Michigan, Judy currently serves on the Judicial Qualifications Committee. She chaired the State Bar's Negligence Law Section in 2003 and 2004. She also serves as a plaintiff specialty panel member for case evaluations in medical practice matters in Macomb, Oakland, and Wayne County Circuit Courts.

American Inns of Court
Master of the Bench
Current