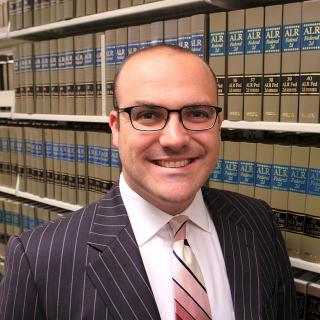 Mr. Mastro was born in Oakland, grew up around the East Bay, and has spent his life living throughout the Bay Area, from San Francisco to San Jose. Mr. Mastro graduated from the Santa Clara University School of Law in May 2006. He then passed the California State Bar Examination in July 2006 on his first attempt. Thereafter, Mr. Mastro became a Deputy Public Defender in San Joaquin County, representing clients in all manner of criminal cases, in a high-volume capacity. In 2009, Joe decided to return home to open his own law firm. Since then he has dedicated himself to representing the people of the Bay Area with skill, tenacity, and excellence. Mr. Mastro is a member of the Alameda County Bar Association Criminal Court Appointed Attorneys Program, through which he represents clients in all of the criminal courts of Alameda County. He is licensed and insured to practice throughout all of California. Mr. Mastro enjoys life enough to understand that it is his job to get his clients back to their lives as quickly as possible.

Owner & Managing Attorney
Joe Mastro Law
2009 - Current
I represent clients accused of any and all charges, from DUI/DWI to drugs to domestic violence to violent crimes. Additionally, I represent people charged with moving violations and traffic infractions, as well as in matters involving the DMV. I also handle a select amount of family law cases.