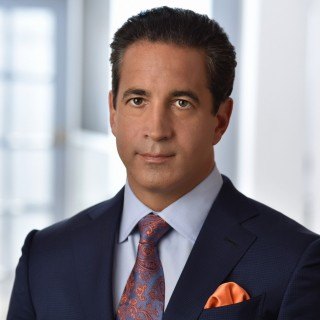 Joseph M. Marrone, Esquire founded the Marrone Law Firm, LLC in 1993. Since its establishment, Joseph has successfully served as the firm’s Managing Partner. He has worked tirelessly to build his firm from the ground up, developing a reputation for dedication and the willingness to fight for the needs of those he represents. The heart of the Marrone Law Firm, LLC is based in Center City Philadelphia which has allowed Joseph to cultivate a strong foundation in the Philadelphia metro area. In order to better his serve clients, Joseph expanded his practice into New Jersey, with an additional office in Cherry Hill.

Joseph a native to Philadelphia, received his Bachelor of Science in Finance from Saint Joseph’s University in Philadelphia, Pennsylvania. He went on to pursue his Juris Doctor from Western Michigan University. Joseph graduated from law school in 1991, moving on to earn bar admissions in New Jersey (1991), Pennsylvania (1992), and New York (2004). He is also licensed to practice in the U.S. District Courts of the aforementioned states, the 3rd Circuit Court of Appeals, and the United States Supreme Court. After graduating law school, Joseph worked as a political advisor to former Governor of Pennsylvania, Edward Rendell for his mayoral campaign in Philadelphia. Shortly thereafter, he was appointed Assistant City Solicitor in the Rendell administration and spent countless hours representing the City of Philadelphia.

Legal Analysis of the Comey Trial by Joseph Marrone, Esquire