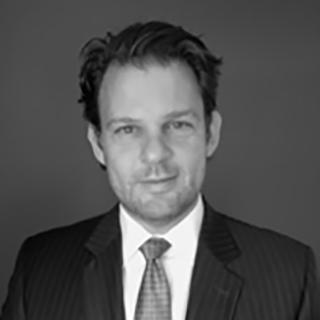 Joseph G. Macaluso is a graduate of Brooklyn Law School. He has been in the private practice of law in the fields of personal injury and medical malpractice since 1990. Upon graduation from Law School, he was recognized as Best Trial Advocate of his graduating class. He was also recognized as an Overall Best Trial Advocate of a National Trial Advocacy competition. Since then, Macaluso has practiced as an injury lawyer who has successfully litigated many cases. He has handled a wide variety of injury and medical malpractice over the years. The cases he has handled have included cars, trains, buses, premises, elevators, escalators, scaffolds, dangerous workplaces, defective products, electrocution, and other types of accidents. As a Bronx medical and dental malpractice lawyer, Macaluso has also litigated medical malpractice cases involving surgical complications, failures to diagnose, and lack of informed consent. Macaluso has also served as trial counsel to other personal injury law firms who have trusted in his experience and insight. He has tried cases to verdict in New York State Courts, United States Federal Court, and New York State Court of Claims. Macaluso is a respected personal injury attorney who has recovered millions of dollars for his clients. He is a member of the New York State Trial Lawyers Association and hhas also served on the Legislative Committee of this organization. He is a member of the Bronx County Bar Association and has also served on the Board of Directors of Bronx Legal Services. He is a member of the Million Dollar and Multi-Million Dollar Advocate’s Forums. These organizations are limited to attorneys who have obtained million and multi-million dollar recoveries for their clients. Mr. Macaluso has been a guest speaker on the Business Leader Spotlight Radio Show. He has also been a frequent guest speaker on the Trevor Forde Radio Program.

No-Fault: Who is eligible?

No-Fault: What is it?

No matter how good your driving is, sometimes, accidents are unavoidable – especially if other Bronx drivers aren’t as attentive to driving responsibly. Navigating the streets and thoroughfares of Brooklyn,...