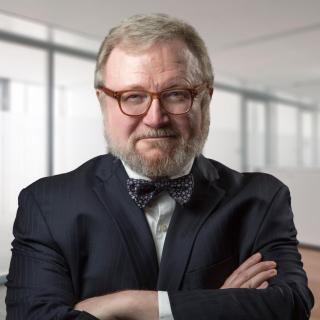 I am a trial lawyer and litigator. I also provide corporate advice and representation to religious institutions and represent foreign nationals in applications for religious asylum. I have actively practiced as a lawyer since graduating from law school in 1983. After eight years of training in big firms in Chicago and New York, I established my own law office in New York City. In summer, 2016, I joined with two other experienced lawyers to form Nelson Madden Black LLP. Our firm focuses on the representation of churches, synagogues, temples, mosques and other religious institutions, and individuals who have legal issues that relate to religion in some way. We have been featured on the Wall Street Journal's blog and in other publications. My law degree is from Northwestern University's Pritzker School of Law, where I was managing editor of the Northwestern Journal of International Law & Business. I earned a master's degree in international relations from The Fletcher School of Law & Diplomacy at Tufts University, and a bachelor's degree in American Studies from Yale College. I have been listed as a Super Lawyer since 2012 and have been rated "AV Preeminent" by Martindale-Hubbell since 1998. Extensive information about my legal experience is available at my firm's website: http://nelsonmaddenblack.com