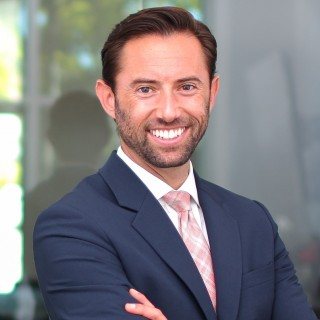 John Michael Montevideo became a trial attorney to help people. He dedicates his practice to sharing his clients’ stories and bringing them justice for the wrongs committed against them. He is Founder and Senior Trial Attorney of Montevideo Law, PC.

After earning his degree in Business Management and Marketing from Loyola Marymount University, John Michael dedicated a year of service to the Jesuit Volunteer Corps (JVC) in Houston, TX. He served full-time with Vita Living, Inc., a non-profit working with those with mental and physical developmental disabilities. It was during this time of service that he became inspired to pursue his legal career to help people vocalize and fight injustice. John Michael went on to earn his Juris Doctorate near the top of his class from Howard University School of Law in Washington, D.C.

John Michael’s practice involves protecting the rights of those who have suffered harm as a result of another’s conduct.

John Michael is also an active member in the local Orange County and California legal community as a Board of Director for Orange County Trial Lawyers Association (OCTLA) and a Board of Governor of Consumer Attorneys of CA. He is a past Finalist for the prestigious state-wide CAOC Street Fighter of the Year Award in 2013 for a successful trial verdict in Orange County 9-times the amount of the last offer before trial, named a Super Lawyer Rising Star in 2014-2017 (reserved for only the top 2.5% of lawyers) and is a Graduate of Gerry Spence’s Trial Lawyers College.