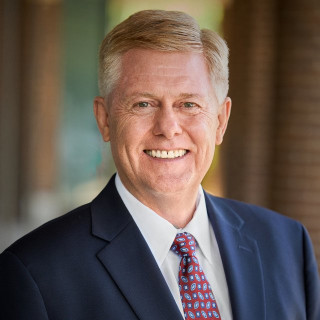 Outside of our families and our homes, our jobs may be the most important relationship we have. When you are having legal trouble in the workplace, or were just terminated, where do you turn? John Cook is the savvy negotiator who can get you that severance payment you really need. He’s the steady-handed counselor to advise you through one of the most difficult periods in your life. And, if you do need to file suit, he is the tenacious courtroom bulldog who can bring home the win.

John’s colleagues agree he is the go-to person for employees. Based on surveys of active Virginia attorneys, Virginia Business magazine named John one of Virginia's "Legal Elite" in its December 2004, 2005 and 2006 editions. "Super Lawyer" magazine selected him as a Super Lawyer in 2006 and 2007, as well as 2011-2021. John was named to the Washington Post's "Top Attorneys" list in the D.C. Metropolitan Area for 2013 and 2014, and to Northern Virginia Magazine's "Top Attorney" list in 2016. John has lectured frequently and published articles on civil litigation and employment law issues.

John is a recognized leader in the Virginia Employment Law Bar. He is a former member of the Section Council of the Virginia Bar Association's Labor and Employment Law Section and is the current co-chair and a former chair of the Fairfax County Bar Association's Employment Law Section. He has served as a mediator for the District of Columbia Superior Court and as a conciliator for the Fairfax County Circuit Court. John is also a member of the District of Columbia and New York State Bars.

U.S. District Court for the District of Columbia
Since 1991

U.S. District Court for the Eastern District of Virginia
Since 1997

U.S. District Court for the Western District of Virginia

New Virginia Law Protects Those Who Request COVID-19 Protection
May 21, 2021

Know Your Rights as You Return to Work
Cook Craig & Francuzenko
May, 2020

Requirements, Regulations, and Risks Facing Businesses in the Age of COVID
August 2020
TIPS II Lead Share Group of the Tysons

Worried About Returning to Work in a Coronavirus World?
June 2020
CCF Ask Us Anything Zoom Community Meeting

The FMLA from the Perspective of Plaintiff’s Counsel
May 2007
airfax Bar Association, Employment Law Section

Cook Craig & Francuzenko: Me Too Movement