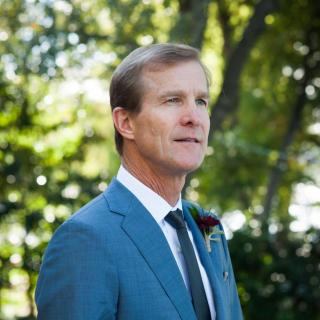 Jim was born and raised in Odessa, Texas. He graduated from Permian high School in 1978 and attended the University of Texas at Austin where he received his BBA in Petroleum Land Management in 1983. Following undergraduate school Jim attended the University of Texas Law School, graduating in 1986. After law school he joined the United States Marine Corps where he served as a Judge Advocate General. It was in United States Marine Corps that Jim Rodman developed his love for the courtroom and his desire to be a trial lawyer.

After being honorably discharged from the Marines in 1990, Jim returned to Austin and began work at the firm of Ford & Ferraro (currently Fritz, Byrne, Head and Gilstrap). There, he represented insurance companies and their insureds in a variety of cases, primarily personal injuries. In 1996, Jim left the law firm and became a solo practitioner representing individuals (plaintiffs) against insurance companies and their insureds. Jim has been a plaintiffs’ attorney for the past 22 years.

Jim’s philosophy for handling plaintiff’s cases is simple and straightforward: every client who he has the privilege of representing is entitled to first rate representation and personalized service. Clients are entitled to have their day in court to see that justice is done.