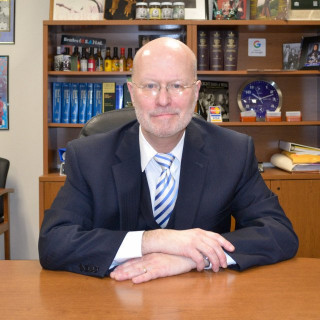 At a very young age, Jeff began to develop a passion for fighting injustices wherever and whenever they occurred. As he grew up, that passion became so deep and strong that he decided that only by becoming a lawyer would he be able to seek justice for those who needed it most. This passion led him to join the Monroe County Public Defender’s Office where he represented indigent criminal defendants for almost 5 years.

Jeff has been in private practice since late 1990. A former partner in the law firm of Bansbach, Zoghlin, Wicks & Wahl, P.C., Jeffrey Wicks opened his own practice in 2002. He has been practicing law for over 30 years.

His work helped him achieve a landmark appellate court decision in the case of Martinez v. County of Monroe in 2008. The appellate court found that valid marriages of same-sex couples conducted outside New York State must be recognized legally within New York State—well before same-sex marriages were recognized in New York. Jeffery Wicks taught in the Criminal Justice Department at SUNY Brockport for 12 years, offering such courses as the Death Penalty in America – a course which he designed- and Forensic Evidence in Criminal Cases. What’s more, because Jeff has served as an Assistant Public Defender, his firm has gained added insight into the opposition. He knows what to expect, so he can anticipate their actions and arguments, and counter them.

Jeff is a life-long resident of Rochester, New York where he resides with his wife Rachel and his daughter Jane. Jeff has a passion for politics and for the arts, particularly movies, on which he is a wealth of knowledge, information and trivia. Jeff also has been a musician – and music aficionado – for most of his life, playing and performing in a local band, in which he plays guitar, slide guitar, baritone guitar, mandolin, banjo, and harmonica.