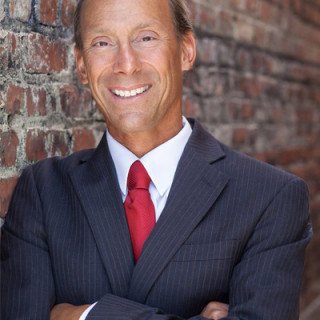 Jeffrey L. Condon is an attorney who has practiced in the field of trusts and estates since 1987. He received his Bachelor of Arts in English Literature at UCLA (Class of 83) and his law degree from Whittier of College School of Law in 1987. He presently practices at the Law Offices of Condon & Condon in Santa Monica, California.

With his late father, Gerald M. Condon, Jeffrey is the co-author of Beyond The Grave: The Right Way and Wrong Way of Leaving Money to Your Children (and Others). Published in 1996 and revised in 2001, the Wall Street Journal has called Jeffrey’s first book “the best estate planning book in America.”

In 2008, Jeffrey authored The Living Trust Advisor: Everything You Need to Know About Your Living Trust (John Wiley & Sons).

Jeffrey has been cited as a source for over 100 newspaper and magazine articles discussing inheritance planning, including New York Times, Los Angeles Times, Washington Post, Wall Street Journal, Time, Kiplinger’s and Business Week. The topics in this area are so many and diverse, he has been quoted in periodicals ranging from Fortune to DogWorld.

Jeffrey has discussed various inheritance planning issues on over 70 radio call-in shows throughout the United States, and on numerous television programs including “The Money Club” (C-NBC), “Primetime News” (CNN), “The 700 Club (CBN), “One on One with John McLaughlin (NBC) and “The Dr. Laura Show (CBS).

Outside the legal world, Jeffrey is an avid swimmer who swims 3000 meters a day and participates in long-distance ocean races during the summer.

Beyond the Grave, Revised and Updated Edition: The Right Way and the Wrong Way of Leaving Money to Your Children (and Others)
HarperCollins

The Living Trust Advisor: Everything You (and Your Financial Planner) Need to Know about Your Living Trust
JOHN WILEY AND SONS INC

The Living Trust Advisor is an expert guide for both advisors and their clients on the complex process of establishing, living with, and maintaining a living trust. Written by renowned family inheritance attorney Jeffrey L. Condon, this book discusses the various aspects of this important document, and shows you how to manage a seamless transfer of assets to various beneficiaries. This new second edition has been fully updated.