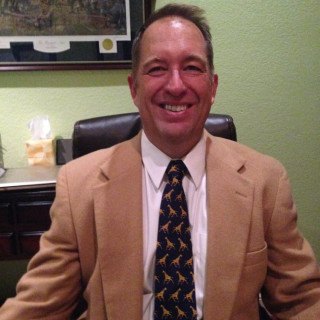 Jeffrey Gaffney is a 27 year attorney and retired Navy Captain. Originally from New York, he moved to San Diego in 1985 and has remained here since, military duties permitting.

An attorney since 1993, Jeff is a graduate of the University of San Diego School of Law. He began as a law clerk in 1991, helping aggrieved investors recover from unscrupulous stockbrokers. A former registered representative ("used stock salesman") and principal (licensed manager of registered representatives), he began his own law firm in the midst of a scandal involving Prudential Securities' sales of limited partnerships. Since then, he has handled over 300 cases against brokerage houses.

Several years ago, Jeff combined trust and estates law into his practice -- a natural extension to the financial and planning advice he had been giving clients for years.

Jeff finished 30 years of active and reserve duty in March 2015. He enjoyed a successful career with eight years of active time, and 22 years of vigorous participation in the reserve. He led two major international exercises, served in the Middle East on several occasions, and had three command tours. His favorite job was a 2.5 year recall to active duty to run the Navy's history programs and museums; sadly this included being on the Navy Yard for the 2013 shooting.

An environmentalist, the Gaffney family has its own nonprofit organization to support sea turtle conservation, of which Jeff is the Treasurer (www.gaffneyseaturtleproject.org). He is also active with San Diego Coastkeeper. He enjoys summers in Central America working to preserve marine life.

A 1983 graduate of the State University of New York at Oswego, Jeff was named the outstanding graduate in his major. He graduated USD Law School in 1993. He later received a Masters in Strategic Studies from the U.S. Army War College in 2004. Jeff is also a graduate of the non-resident (non-degree) programs of the Naval War College.

Attorney
Law Office of Jeffrey Gaffney
1994 - Current
For 25 years I have helped regular people solve their investment and planning problems, I primarily do estate planning, but I am also familiar with conservatorships and stock broker malpractice and fraud. I am proud to have been helping the elde community with all manner of financial issues and look forward to doing it for many years to come.

Officer
US Navy
1984 - 2015
For thirty years I was a Naval Officer, Reserve and Active. I served as a Surface Warfare Officer, leading large groups of sailors in complex situations worldwide.

Clerk, then Attorney
Law Office of John Allen
1991 - 1994
My first legal job. I began as a clerk while still in Law School and stayed on after I passed the bar. I spent those years learning how to sue a stockbroker and fix their greedy sins.

Registered Representative and Manager
First Investors Corp.
1989 - 1990
After I left active duty with the Navy I became a "used stock salesman", which I hated. I left there to attend Law School.

Marion Mahar Award
State University of New York
1984
Named the Outstanding graduate in my major for my undergraduate degree.

Q. How do I get Power of Attorney over my mother's finances?
23 June 2021
A: She can grant you Power of Attorney if she has the capacity to. It sounds like it might be too late for her to sign anything. In that case you have to get the court to grant you a conservatorship. It will require a form from her doctor plus a pile of papers, and an investigator will visit, and the court will appoint her an attorney that she will have to pay for. Then if the judge agrees then you can be appointed Conservator.

Q. Is it better to choose an estate lawyer who is located in or near the county where parent died?
9 May 2021
A: Do you mean to do the Probate, or to do the planning? For Probate, then yes local will be best. For estate planning, find someone you are comfortable with. Location won't matter.

Q. Mom is 78 and rec'v monthly Survivors Benefits from SS. She is a beneficiary for an IRA/401K. Will she lose her SS?
14 April 2021
A: If she is receiving SSI then sudden money will kick her off, probably. If she is getting regular SS then that won't stop, but it may make some of it taxable. The Special Needs Trust would have to be a Pooled Trust because of her age. A charity runs it and decides how to spend the money (ick) and in the end keeps the leftover money for their charitable purposes.