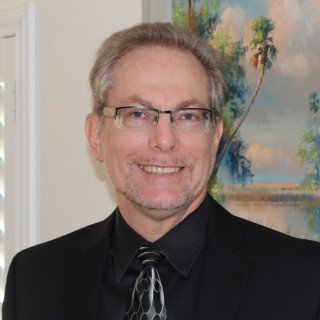 Mr Garland considers every case as different and potentially unique. It is often useful to focus on the core issue that a case presents. In a particular case it may be to simply admit that the accused did the "act" being charged, but to point out how that act is protected by the Constitution, by a privilege, or by a statutory right.

The war on crime has many victims. Overall, statistics show that crime has dropped over the past 30 years. Yet arrests must be made to justify the existence of, and funding for, the police-prison industrial complex. Many arrests are made on bare "probable cause" with little investigation to explore other suspects or other non- criminal explanations.

With a degree in chemistry Mr Garland has established a pattern of disputing poor scientific methods and conclusions not supported by research. Scientific evidence appears in just about every criminal case more complex than jay walking.

Other cases involve broader questions of constitutional rights. Why are some police so quick to charge firearm violations for people with no record? In an unsurprising number of cases the arrest violates the person's second amendment rights. Many cases involve such fundamental rights such as privacy, practice of religion, free speech and association. The exercise of constitutionally protected rights is frequently a valid defense to an arrest. Our constitutions do, in fact, retain the power of the government.

US District Court, Mid. District of Fla
Since 1983

US District Court, So. District of Fla
Since 1982

Q. An officer gave me the choice of getting arrested. Or making a deal with a detective to do a drug deal for my freedom.
August 8, 2022
A: Yes, it sounds like a scare tactic. Yes, it sounds like a procedure to temporarily go free. Today, some cop might be wondering if you are going to call. if you don't, you just might get arrested on warrants for some or all of what they threatened at the time of the stop. You should retain an attorney to discuss this situation and your options. Depending on your record you could be looking at a lot of time. If you are already on bond for some other charge, you might have that bond revoked. If you are on probation, you might be arrested on a VOP and held without bond. All of this is why you need confidential and individualized advice.

Q. How do I get a restraining order removed if I haven't had contact with the other person?
May 19, 2022
A: Retain an attorney to file a motion to dissolve the injunction. Your attorney should guide you on whether it is feasible- it often is. Notice should be given to the Petitioner if possible, and the matter should be set for a hearing.